Pregnant Vogue Williams laughs off being 'fat shamed' by trolls

The model is seven months pregnant with Spencer Matthews' child but she's been the victim of cruel trolls on Instagram.

Vogue Williams has laughed off hate from trolls who have shamed her for putting on weight, even though she is expecting her first child with former 'Made in Chelsea' star Spencer Matthews.

Taking to Instagram, the model wrote: "I actually just have to laugh at the people fat shaming me. I'm seven months pregnant, the online world is a nasty little place."

Making her point clear, Vogue continued: "Myself and my larger body are very happy and looking forward to getting even bigger."

Read more: Could Spencer Matthews be going back on I'm A Celeb? 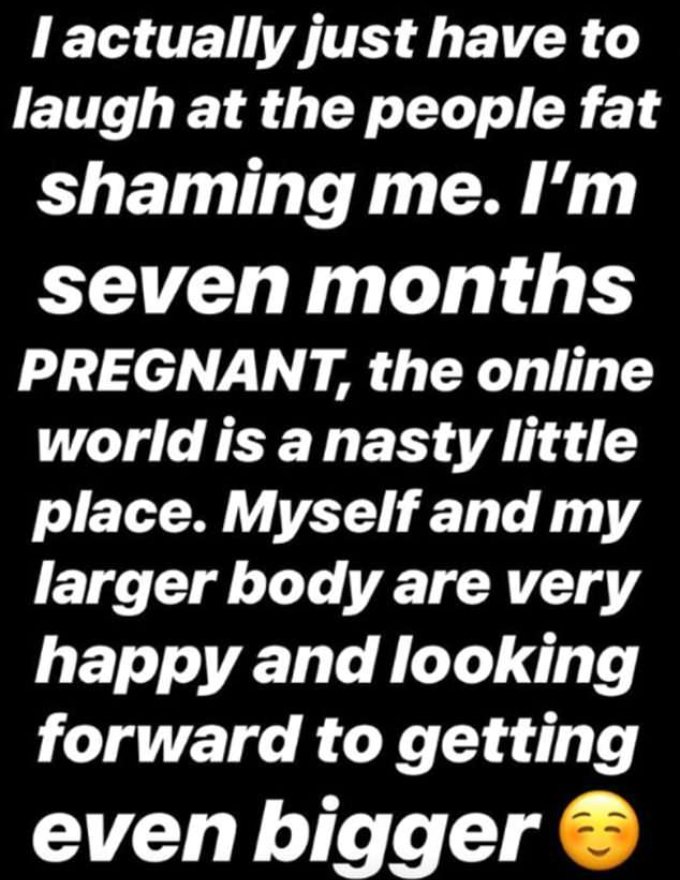 Her scathing Instagram story comes after news that she is set to marry Spencer this weekend.

According to reports the couple are set to say 'I do' when they tie the knot at Spencer's family's 10,000-acre Glen Affric Estate in Cannich, Scotland.

The luxury resort is believed to cost a whopping £900 a night plus VAT, and includes a chauffeur service to and from Inverness airport.

A source told The Sun: "It is understood the wedding will be private and low-key. They are keen to make their union official before becoming parents.

So... I’m going to be a father! Couldn’t be happier to be sharing these times with the love of my life @voguewilliams . We feel truly blessed @hellomaguk

"Spencer and Vogue have only told people in their close circle, but are likely to have more of an extravagant and star-studded party after the baby is born."

Vogue and Spencer announced they were expecting their first child earlier this year and are set to welcome their baby in September.