This image appears in the gallery:
Oddball Couples! The Stars You Never Knew Dated! 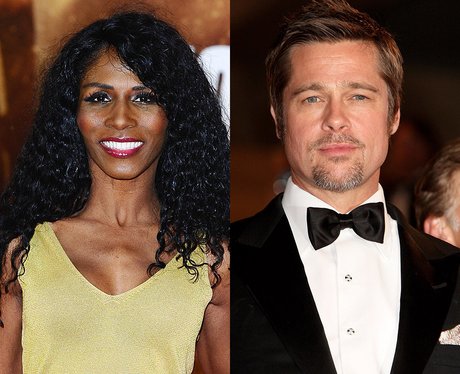 You may know Sinitta for her pop hit 'So Macho' and numerous (and hilarious) appearances on the 'X Factor', but before she famously began dating Simon Cowell in the 80's, she managed to bag Brad Pitt for two years in 1988. Admittedly, Brad wasn't yet famous or one half of the power couple that is Brangelina, but he was still gorgeous! Speaking of Brad, Sinitta said: "He was beautiful with the most amazing body."