Rangers in the New Forest say they're worried visitors are getting too close to the roaming animals - and putting themselves at risk.

They've started a 'keep your distance' campaign - with posters and signs going up across the forest.

They're warning ponies and donkeys can suddenly bite or kick and should be left alone.

Forest organisations are calling on visitors and residents to keep their distance from the National Park's free-roaming animals.
The animals' owners and local organisations have come together to issue the call as concerns mount that people are putting themselves and the animals at risk by getting too close.
To tackle the issue, New Forest commoners and local organisations launched a 'keep your distance' campaign to make people aware they should not approach the animals. The campaign includes:
" rangers, staff and volunteers of the partner organisations raising awareness in the Forest
" articles in free publications (the New Forest Essential Guide, Park Life and Pocket Guide), and leaflets given out to local shops, businesses and campsites
" signs and information at Forest car parks
" talks and public engagement sessions to increase understanding of commoning and livestock
" posters in local shops, businesses, public conveniences and campsites
" Shared Forest Education Toolkit - Free resources and workshops for schools www.realnewforest.org
Head Agister Jonathan Gerrelli and his team are responsible for overseeing all the animals owned by people called commoners. Jonathan said: 'Most New Forest ponies and donkeys are even-tempered animals and often come close to visitors, but they are not used to being handled and should be left alone. They can react very suddenly if they feel threatened, so please give them space.
'The animals may look friendly but can bite or kick, especially when they have young with them. Take particular care around ponies with foals and cattle especially if you have a dog with you.'
Treating the animals as tame encourages them to pester people and hang around busy roads and car parks putting them at risk of road accidents. There is no need to feed the New Forest ponies as they are well adapted to thrive all year round in the wild.
Gillie Molland, Lead Ranger for New Forest National Park Authority said: 'We have a great team of rangers who are out on the ground talking to people about the importance of keeping your distance. It's great when people understand the Forest well enough to ensure they don't inadvertently cause problems.'
Grazing by ponies, donkeys and cattle throughout the open areas of the New Forest maintains the unique habitats that make the area internationally important for nature conservation.
Katie Walding from the New Forest Commoners Defence Association said: 'These grazing animals are vital to everything we all love about the Forest. We believe that people wouldn't get too close or disturb them if they understand this, and the risks to themselves and to the animals. The Forest provides all the food the animals need, and feeding them just draws them to people, car parks and roads, putting them at great risk. It also changes their grazing habits that keep them healthy all year round.'
Forestry England Community Manager Zoe Cox said: 'New Forest Rangers are helping people to have a better understanding and awareness of how to behave around ponies and other animals grazing on the forest. It's a serious issue and we are trying to spread the message that people must please keep their distance from animals, both for their own safety and that of the animals.'
Over the summer, people can turn up for free information sessions to find out more about the ponies and livestock that live in the Forest. Led by a Forestry England ranger and commoner, the sessions explain who owns and looks after the livestock, the role these animals play in looking after the Forest, and how the public can best support their welfare. The sessions will be taking place in August on Thursday's from 1pm - 2pm at:
" 8 Aug - Bolton's Bench, Lyndhurst
" 15 Aug - Whitefield Moor, Rhinefield, Brockenhurst
" 22 Aug - Beaulieu Road Sales Yard
" 29 Aug - Hatchet Pond, Beaulieu
If you're a local business and can support the campaign with posters and leaflets, please contact one of the Forest partners below.
Representatives from the Commoners Defence Association, Verderers, Forestry England and New Forest National Park Authority attended the launch. The National Trust is also supporting the campaign, with all partners helping to raise awareness among visitors before they arrive in the New Forest, while out and about in the National Park, and via social media.
-ends-
Notes to picture editor: From the left: Amy Howells, Ranger for Forestry England and Commoner; Katie Walding Hon. Secretary for Commoners Defence League; Chris Marshall, Ranger for New Forest National Park Authority; Robert Maton, Agister for the Verderers; Claire Sherwood, Ranger for New Forest National Park Authority; Lyndsey Stride, Shared Forest Education Toolkit and Commoner.
Picture taken at Hatchet Pond, Beaulieu.
About the New Forest National Park Authority 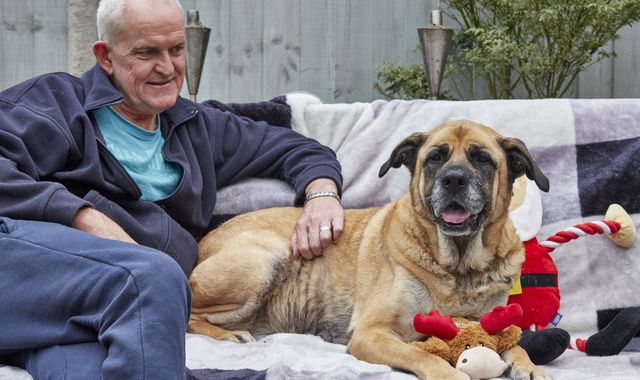