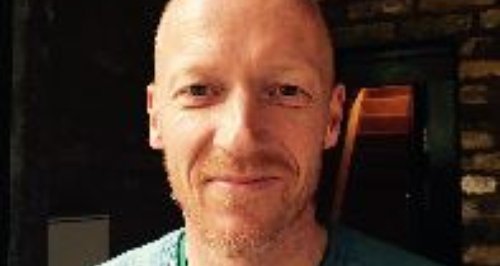 The family of a DJ who has gone missing say they are 'desperate' to hear he is safe. Robert Makgill is known by friends and music fans as 'Dazzler'.

Robert, who is 45 and from Bruton, was reported missing on July 15 but hasn't been seen since July 8th. He told his family he was going to London, but has not been seen or heard of since.

Since he was reported missing, officers have followed up in excess of 200 enquiries about his whereabouts.

Robert's family said: "We are desperate to hear Robert is safe and well and for him to make contact with us. We all love him dearly and are worried about him."

Inspector Richard Barnett said: "We're growing increasingly concerned for Robert's whereabouts. Since he was reported missing we have explored some 250 enquiries but, sadly, we have not yet managed to find him. I would appeal directly to Robert to make contact - your family are extremely worried and just want to know you are safe. To anyone who might have information as to where Robert is, please come forward now. Any information, regardless of how small or insignificant it might be, could prove crucial to us finding Robert."

Robert has connections in Wiltshire and London as well as Somerset. He has a closely shaved head, some facial hair and is 6ft 2ins tall and of slight/skinny build.