M5: Collision Between Bridgwater And Taunton

Work is underway to recover one of the lorries involved in a collision on the M5 on Wednesday morning. 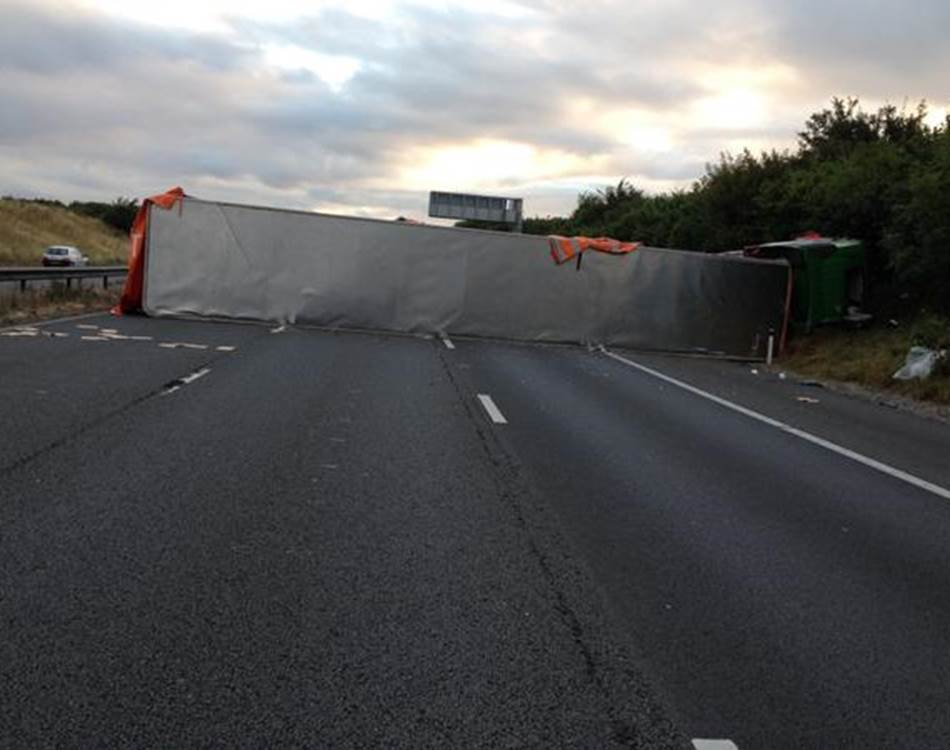 The driver of one of the lorries, who is in his fifties, was taken to Musgrove Park Hospital with serious arm injuries.

Earlier, after 9am this morning, Chief Inspector Rhys Hughes said: "One of the lorries tripped over onto its side during the collision blocking all three lanes…while work to recover the vehicle is due to get underway shortly…the motorway will remain closed for some time."

"I appreciate the closure will have caused problems for commuters this morning and I think the public for their continued patience while we deal with this incident."