A 12-year-old girl has been airlifted to Southampton General Hospital after she was injured in a jet-ski crash in Calshot.

A 12-year-old girl has been airlifted to hospital after she was injured in a jet-ski crash.

The youngster was hurt in the accident which involved two jet-skis carrying two adults and another child at Calshot, Hampshire.

A South Coast Ambulance Service spokeswoman said that the girl's injury was not thought to be life-threatening.

She said: ``We treated one girl aged 12 for non-life threatening injuries. She has been taken by air ambulance to Southampton General Hospital.''

The spokeswoman said that it had also sent a rapid response vehicle and a hazardous area response team trained in water rescues to the scene. 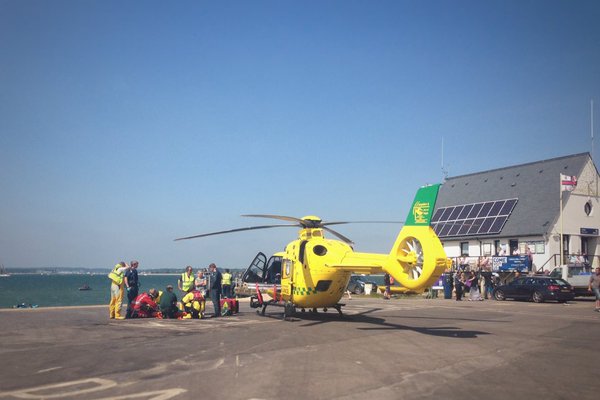 A Coastguard spokeswoman said: ``A 999 call came in at 2.15pm and the Gosport and Fareham independent lifeboat, along with Calshot inshore lifeboat and Southampton Coastguard Rescue Team were sent to help.

``It's believed there were two adults and two children on board the jet-skis.''