21 crew of a US car carrier which caught fire have been rescued by coastguards and are now safe and well.

Footage taken earlier today by the UK Coastguard search and rescue helicopter based at Lee-on-Solent during the transfer of assessment teams from Hampshire Fire, Southampton Port and the MCA to the casualty vessel ‘Honor’.

The crew are safe and well.

Further updates will provided on Monday 27th February as it develops. 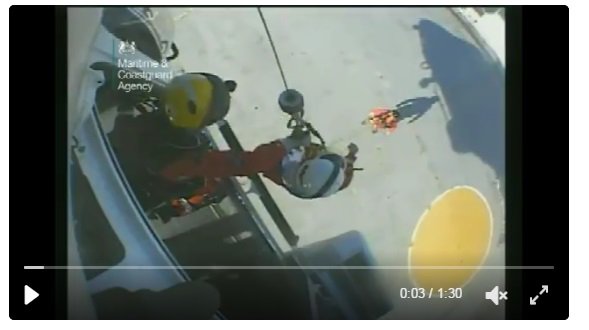 Firefighters from Hampshire Fire and Rescue Service have boarded the merchant vessel 'Honor' in the Solent via helicopter to ensure her safety after she suffered a fire at sea.

Four Hampshire Fire and Rescue Service officers boarded the ship by helicopter earlier at the Maritime and Coastguard Agency's (MCA) request. They have now handed the incident back to the ship's owner.

The Hampshire officers provided expertise and advice to bring the incident to a successful and safe conclusion, working as part of a multi-agency response with the MCA and local emergency planning teams.

Latest from the Coastguard on Friday

``A fire and rescue marine response team is to be airlifted on board the vessel by the UK Coastguard search and rescue helicopter based at Lee on Solent to further investigate the fire damage, and determine whether or not it is safe for the vessel to return to Southampton Port.

``In addition, a pilot from Southampton Port and an MCA (Maritime and Coastguard Agency) Marine Casualty Officer will be sent to the vessel to assist the assessment process prior to the vessel being allowed to return to Southampton.''