Anniversary Appeal For Missing Man On Isle Of Wight

Hampshire Police are making a new appeal for information, exactly a year after a man went missing on the Isle of Wight.

45-year-old Robert Gibson, from London, travelled from Portsmouth to Ryde last June - then was seen at the Co-op in Shanklin later that day.

He is known to have walked the path near Luccombe Road on past trips to the Island.

At 3pm on Monday 13 June 2016, Robert left his home in Gipsy Hill, Norwood, Greater London and was seen later that day in the Co-operative store on Central Hill, Gipsy Hill.

Police received a confirmed sighting of Robert at 6.45pm that day catching the catamaran from Portsmouth to Ryde, Isle of Wight. He is then believed to have boarded a train at Ryde Pier Head towards Lake and Shanklin. 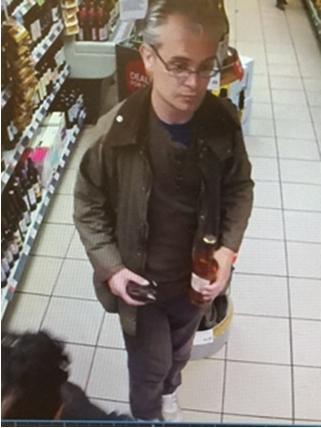 Hampshire Constabulary officers are appealing again for anyone who has any information regarding Robert's whereabouts.

He was a well-known library campaigner, who helped to save his local library in Norwood from closure - and occupied the under-threat listed building Carnegie Library.

His disappearance has led to #FindRobbie being shared widely online by celebrities including Boy George, Theo Paphitis and Great British Bake Off winner Nadiya Hussain.