40 years to the day since Southampton won the FA Cup.

Saints' shock win against Manchester United to win the cup at Wembley in 1976 is still their only major trophy.

Surviving players and their manager Lawrie McMenemy will take part in an open-top bus parade from the Guildhall to St Mary's Stadium in time for this afternoon's match against Man City.

Here is the bus route 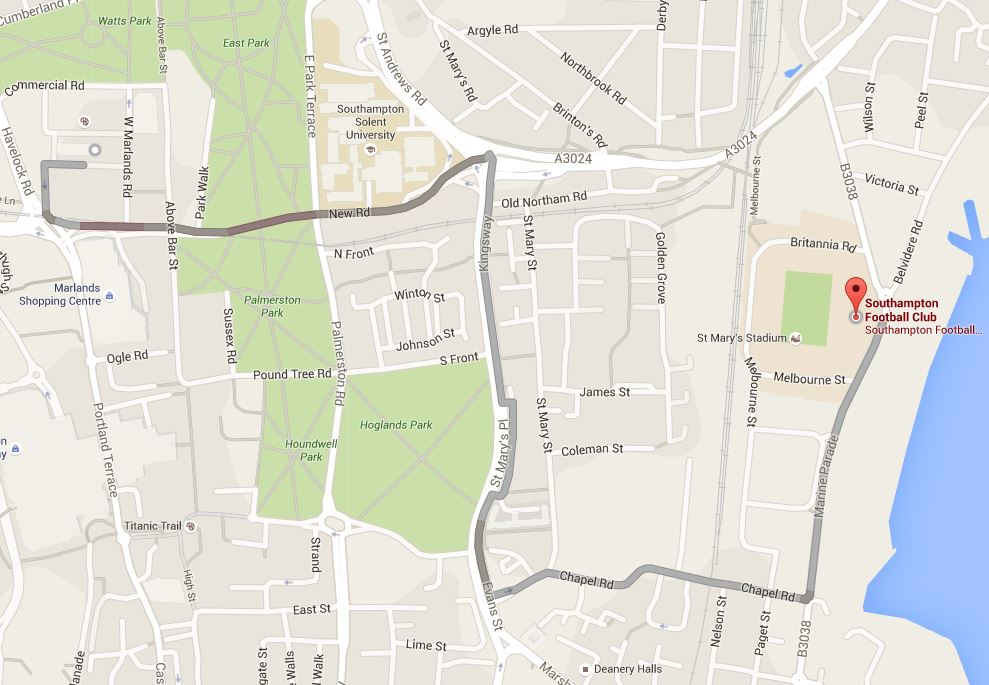