The weather caused disruption during the naming ceremony for the cruise ship MSC Bellissima in Southampton last night.

Due to safety reasons, guests were moved during the ceremony back on board the ship and the fireworks were stopped from taking place.

Craig David is due to perform a special set on board on Sunday, 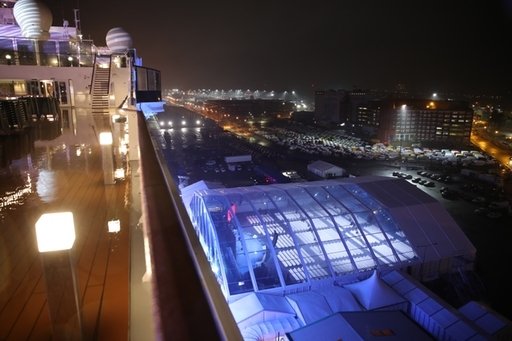 A naming ceremony for the largest cruise ship to be christened in the UK has had to be evacuated as heavy winds rocked the quayside marquee.

Hollywood Legend Sophia Loren was at the ceremony. 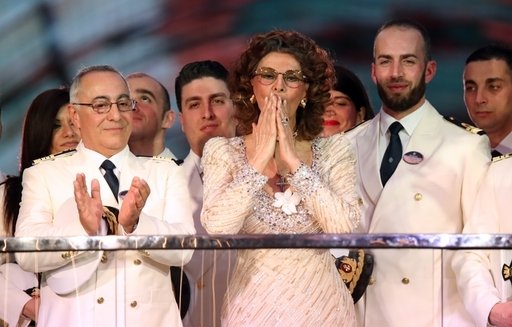 The star-studded event for the MSC Bellissima was being held in a giant marquee next to the liner at Southampton when the decision was made to move the event on board.

The ceremony, being hosted by This Morning presenter Holly Willoughby, will see screen legend Sophia Loren perform the ribbon-cutting duties.

Guests were able to enjoy a performance by tenors Andrea and Matteo Bocelli and a show by Cirque du Soleil at Sea before the decision was made to move the event.

The Bellissima is the 14th ship to be named by Italian singer and actress Loren, 84, for MSC Cruises, for who she fulfils the role of "godmother".

The cruise ship, the sixth largest in the world, was built at a cost of 1 billion US dollars (£752 million) in Saint Nazaire, France.

Antonio Paradiso, managing director for MSC Cruises UK and Ireland, said: "We are excited to be launching MSC Bellissima, the largest ship coming to the UK and the sixth largest cruise ship in the world.

"We celebrate her launch in Southampton, an important destination for us as we are the fastest growing cruise line in the UK and a top cruise line in Ireland.

"This is the largest ship event held by MSC Cruises in the UK, with 6,000 people on board over three days, including 2,300 seated at the naming ceremony on the quayside."

The MSC Bellissima has been fitted with features to reduce its environmental footprint including an exhaust gas cleaning system to improve emissions, an advanced wastewater treatment system, and LED lighting to save energy.

The liner will spend its inaugural season in the Mediterranean before moving to the Emirates next winter and Asia in 2020.

A MSC Cruises spokeswoman said: "On the evening of March 2, while we were in the middle of the naming ceremony of MSC Bellissima in Southampton, UK, worsening weather conditions required us to conclude the ceremony inside the ship.

"This decision was taken in the interest of safety for all our guests and employees.

"The traditional breaking of the bottle was completed in the presence of the ship's Godmother, Sophia Loren, with all guests watching from the ship.

"While it's never fun to interrupt a party, we made sure this festive moment was continued in all its beauty, glitter and with all our great guests participating inside the ship. And a party it was."