Safety checks have been carried out overnight following a heath fire on Bournemouth beach yesterday afternoon.

A Police and Fire investigation into how it started is now underway.

Seafront Rangers are being praised for how they managed to move people on the beach away from the area so quickly.

"I would like to thank Dorset & Wiltshire Fire & Rescue Service for attending the fire so quickly. I must also thank our Seafront Rangers, who did a fantastic job ensuring the Emergency Services could access the scene of the fire, acting quickly to help cordon off the area, close the East Cliff Zig Zag and direct beach goers away from danger. We will work with both Dorset Police and the Fire Service to establish the cause in due course." 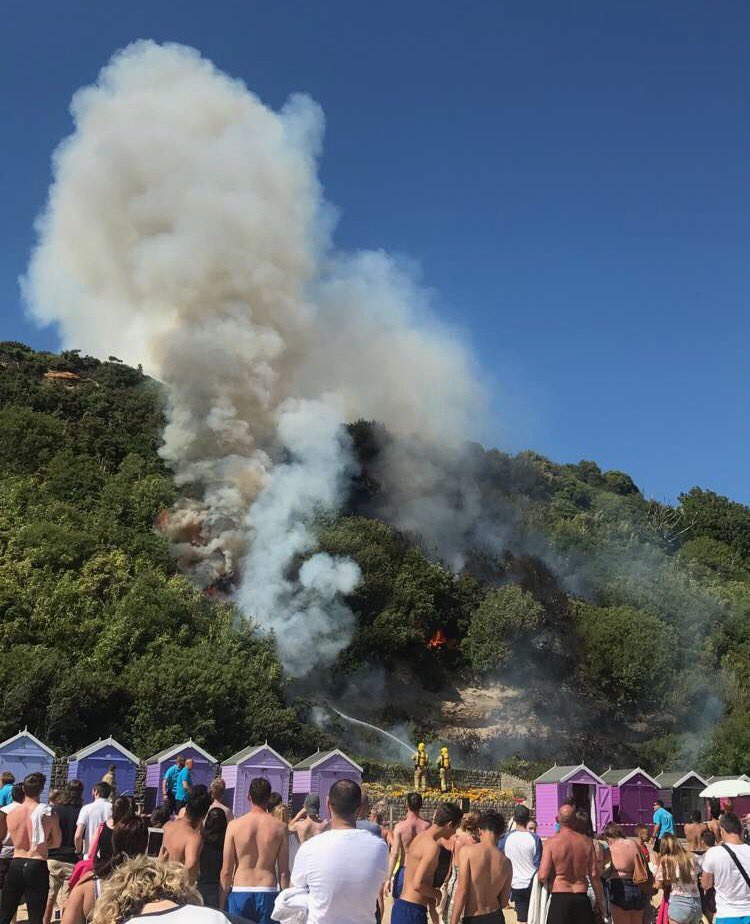