Around 60 firefighters from across Bournemouth Poole and Christchurch have been dealing with a fire at a large block of flats in the centre of Bournemouth overnight.

It's after flames could be seen coming from one of the top floor flats in Commercial Road around 7.30 last night after a heavy downpour and lightning spotted in the area

Pictures from Dorset and Service 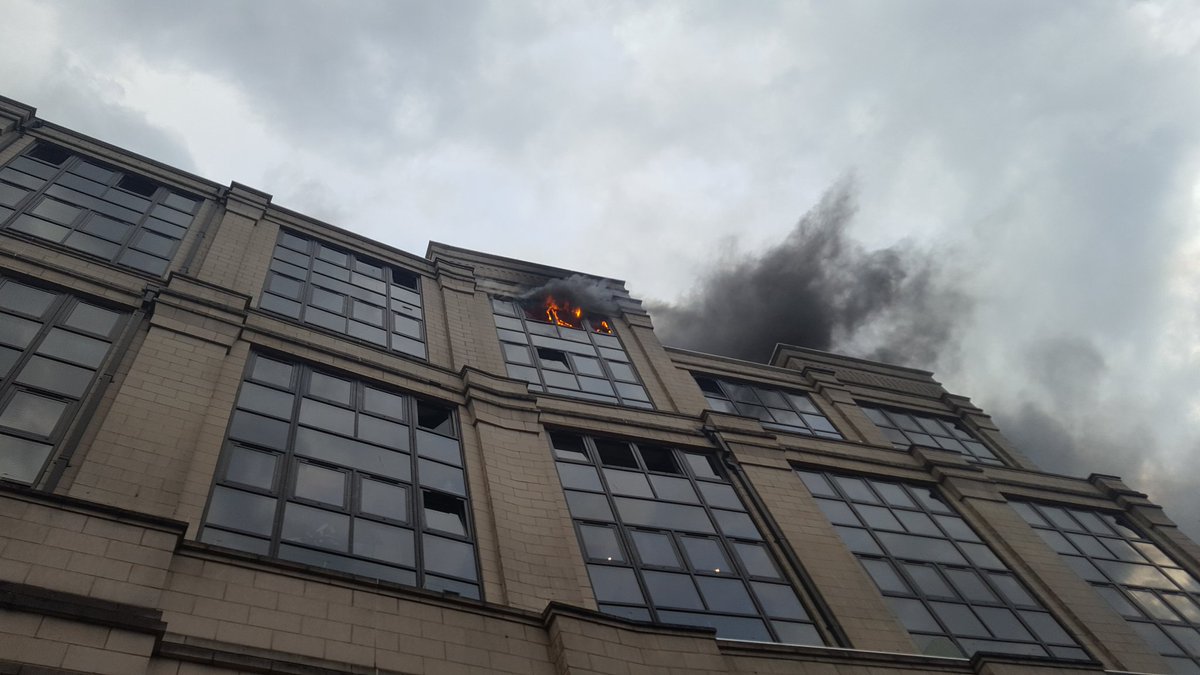 Dorset and Wiltshire Fire Service say unfortunately the occupiers lost everything but got out safely. Some residents were allowed to 'stay put' and were monitored by us - due to the fire safety elements within the building. The fire remained contained to the one flat.

fire control started receiving a number of calls to a building fire in Bournemouth. Fire engines from Westbourne, Springbourne, Redhill, Christchurch, Poole, Hamworthy, Verwood, Swanage and Wareham attended the fire. Crews confirmed that there was a fire in one of the top floor flats. Crews used 18 breathing apparatus, One aerial ladder platform, 3 main lines to extinguish the fire.