Around 100 people protested outside the Jami mosque on Victoria Road North at around 5pm on Saturday, November 13.

A number of objects were thrown and one man was arrested and charged for affray and assaulting a police officer.

Detectives are now releasing stills of a man and woman believed to have been involved in the disorder. 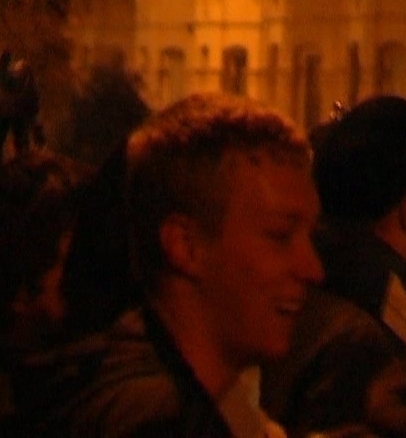 Portsmouth south commander Chief Inspector Dave Humphries said:  “This was an unusual event for Portsmouth. Our priority at the time was to ensure the safety of all those involved.

“We’ve been viewing the video evidence gathered at the time to try and identify those involved in the disorder.

“I’m hoping that by releasing these stills to the wider public, the people identified will come forward and make themselves known to us or that someone who recognises them will tell us who they are.

“If you’re concerned about providing information to us, please be assured that all calls are treated in confidence.”

Anyone with information is asked to contact Portsmouth CID at Fratton police station on 101 or the anonymous Crimestoppers charity on 0800 555 111.