Man Back In Court Over Southampton Murder 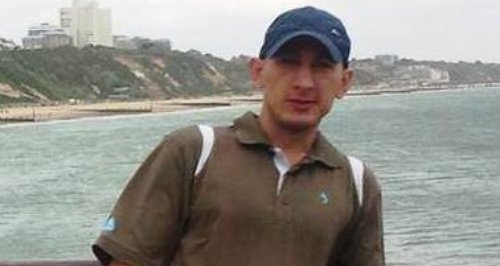 A man will go before Winchester Crown Court later - charged with a Polish man's murder in Southampton.

40-year-old Adam Dominiak, from Malmesbury Road in Shirley, is accused of killing Szymon Kalita on Bank Holiday Monday (4 May 2015).

The 33-year-old (pictured) was found with serious injuries at a house on the road - and later died.

Police investigating the murder issued a statement on behalf of the victim's family:

"Mr Kalita, aged 33, was born in Ostrowiec Swietokrzyski in Poland where he was a former student of the basic Vocational School No 4.

"He had lived and worked in the UK for the past couple of years, most recently Southampton.

"Szymon was a cheerful and hardworking person with a great sense of humour. He had many friends both in Poland and the UK.

"He kept in touch with his family whom he loved and supported.

"Szymon leaves behind his grieving family and friends who are unable to come to terms with this tragedy.

Detectives from Hampshire Constabulary's Major Crime Team charged a man on Wednesday 6 May 2015 with the murder of Szymon Kalita.

Mr Dominiak is due to appear at Winchester Crown Court for his next hearing today (Monday 11 May).