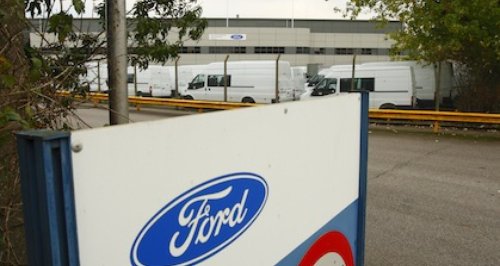 More than a century of vehicle production in the UK by Ford will end next week when its Transit factory closes its doors for the final time.

A total of 531 employees were affected by the closure of the Southampton plant with a further 750 jobs hit by the axe falling on a tool and stamping operation at Dagenham, Essex, which will also close on July 26.

When the announcement was made last October, union officials accused the US company of ''betrayal'' and said the job losses were ''devastating''.

It is estimated that more than 2.2 million Transits have been made in Southampton in the past 40 years with production now switching to Turkey, where Ford said costs were ''significantly lower'' than anywhere in Europe, even after delivery charges.

The company said that capacity at the plant in Kocaeli was much bigger than in Southampton which produced around 28,000 vans last year, compared with 185,000 in Turkey.

"We understand the impact of these restructuring actions on our employees and have provided individual support to ensure that all employees have made fully informed decisions about their future on a voluntary basis.

"We are re-affirming our commitment to the UK with a major investment in powertrain and engineering, which reinforces the UK's central role in Ford's global powertrain strategy and commercial vehicle engineering.''

A Ford spokesman said that all of the 531 employees at the Southampton plant had "either chosen redeployment within Ford, voluntary separation or early retirement'' with "new and expanded Ford operations created in Southampton providing positions for 134 of these employees''.

A vehicle distribution centre costing £12 million is being created at Southampton docks with a vehicle refurbishment centre being set up at the plant site.

The spokesman said: "The distribution centre will form part of Ford's logistics operations, involved in import vehicle handling and onward distribution, and the shipping of engines to China. Low mileage used vehicles will be processed by the refurbishment centre for supply to the Ford Direct sales programme.''

The spokesman said that the 750 employees affected by the Dagenham closure have also either accepted redundancy, early retirement or had been redeployed within the company.

He continued: "Ford is investing £1.9 million at Dagenham to establish a new powertrain tool room within the engine plant. Together with other positions in the local area this has enabled a total of 400 employees from Dagenham Stamping and Tooling Operations to be redeployed within the company and a number of others are pursuing employment opportunities outside Ford.''

Ford is also to donate six Transits to charities local to both of the sites which are also to benefit from a £1 million community fund to be shared between the two locations.

He added: "The fund is being used to support local employability and education initiatives.''

The last Transit to be produced at Southampton would be added to the company's 100-vehicle heritage collection, he added.

"Ford has been conducting studies into the Southampton and Dagenham stamping and tooling sites. The studies cover areas such as environmental remediation, legal and planning matters and future potential uses of the sites.

"It is expected that the sites will be secured for employment usage and Ford will hold detailed discussions with local authorities and other key stakeholders on the options for their marketing and re-use.''