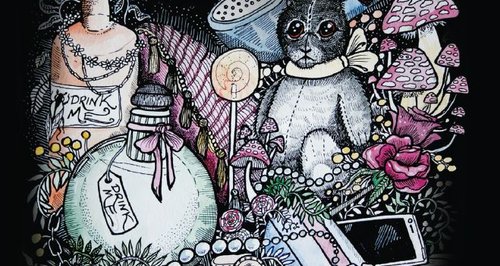 A dark take on Alice In Wonderland is being used as the basis for a new Hampshire Police campaign aimed at tackling the sexual exploitation of children.

It's aimed at getting parents and teachers to spot the warning signs that something is wrong - and let young people know where they can turn. There's also a new blog - and a live Twitter chat this evening (Wednesday 25th May, 8-9pm) using #CSEHelpMe.

The campaign's striking artwork, illustrated by Southsea artist Roma-May Daly, aims to make people surrounding a victim of child sexual exploitation (CSE) aware of the signs. It's supported by partners including the Portsmouth, Southampton, Hampshire and lsle of Wight Local Safeguarding boards and local authorities. 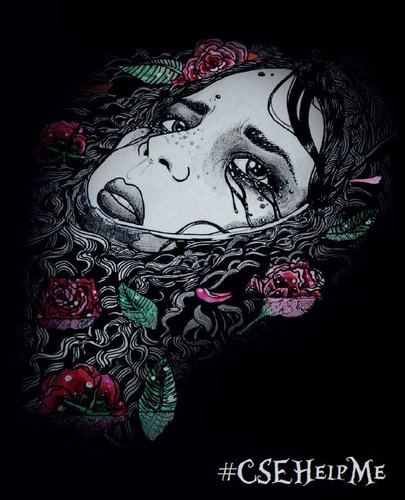 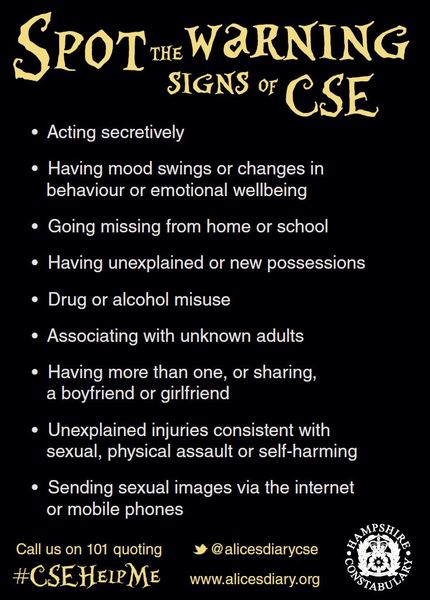 As part of the campaign Alice's Diary blog is also being launched. The blog written by 15-year-old 'Alice', her friends, family and teachers goes into detail about how CSE happens and can be identified by those around her. lt will also be a source of help and support to tackle CSE.

"Child sexual exploitation is such an important issue affecting more young people than many of us realise.

"We understand that a measure of a civilised society is its ability to protect the most vulnerable. Our new campaign aims to speak to people who have regular contact with victims of CSE to encourage them to identify the signs. ln most cases these people are the key to getting help for victims, as those wrapped up in the world of CSE are often unable or refuse to admit there is an issue.

"This campaign looks very different to anything we have produced before and we were really pleased to work with a local illustrator to help us get this important message across.

"Protecting vulnerable people is our priority. We hope that by raising awareness of the signs of CSE we can keep more young people safe with the support of our partners." 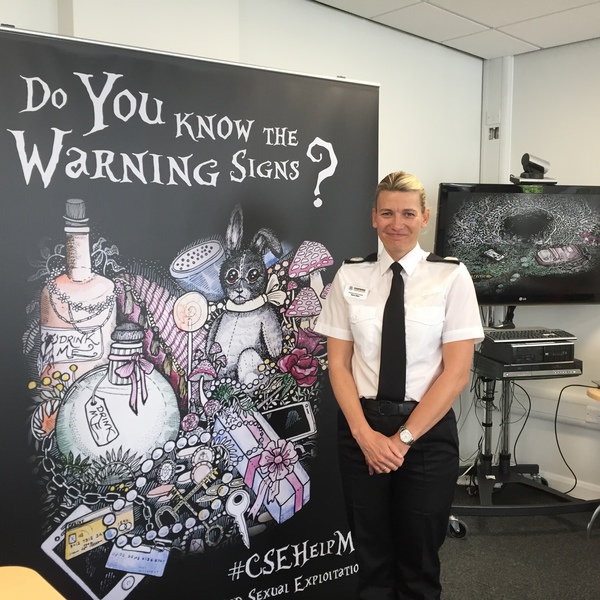 "Anything that helps young people recognise that all may not be what it seems and to be vigilant has to be a positive move. Hampshire Constabulary is taking a novel approach to raising awareness of the dangers of Child Sexual Exploitation and I fully support what they are aiming to do."

"This campaign is important as part of awareness raising of CSE throughout Hampshire and the lsle of Wight. ln particular it is important that messages to out to all children and young people, as anyone can be vulnerable to sexual exploitation. lt is so essential any campaign gets the attention of young people to make them aware of the potential dangers, enabling them to make the right choices and keep themselves safe."

"This important campaign will continue to raise the profile of child sexual exploitation.

"The perspective of a young victim is powerful and will help people to recognise and respond to more children.

"Working together we can make more people aware of the signs to look out for and ensure we get alongside vulnerable young people to help them as early as possible. Southampton City council fully supports Hampshire Constabulary's campaign"

"Ch¡ld Sexual Exploitation (CSE) is a concern because too often the young person will not see themselves as a victim, so it's harder to intervene and help.

"That's why we're asking people close to someone who's at risk of CSE, friends, parents, teachers, to take notice of this campaign and get in touch if they are worried.

"We're asking people to look out for changes in behaviour such as often having money or gifts, distant and reluctant to engage with their usual social group or perhaps hanging out with older, different friends."