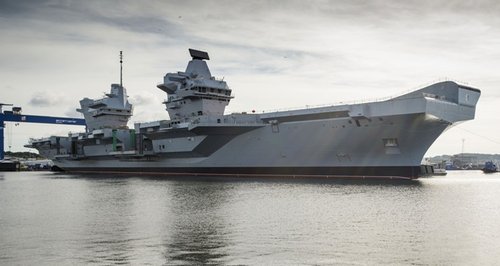 The largest warship ever built in the UK - which'll be based in Portsmouth - has been successfully floated out of the dock in which she was assembled for the first time.

The 65,000-tonne Royal Navy aircraft carrier HMS Queen Elizabeth was formally named by the Queen earlier this month in a ceremony at the Rosyth Dockyard in Fife, where she was assembled and fitted out.

In an operation that started earlier this week, the dry dock was flooded for the first time to allow the vessel to float.

It was then manoeuvred out of the dock in a three-hour operation this morning, and berthed at a nearby jetty.

Teams will now continue to fit out the ship and prepare the vessel for sea trials in 2016.

The ship and a second vessel, the under-construction HMS Prince of Wales, are the largest warships ever built for the Royal Navy.

The two ships are known as Queen Elizabeth Class aircraft carriers and are being built by the Aircraft Carrier Alliance (ACA), a partnership of BAE Systems, Babcock, Thales and the Ministry of Defence.

The vacated dock will be used for the final assembly of HMS Prince of Wales, which will begin in September.

Those behind the project, which costs an estimated £6.2 billion overall, say the QE Class will be the centrepiece of Britain's naval capability.

Each 65,000-tonne aircraft carrier will provide the armed forces with a four-acre military operating base, which can be deployed worldwide, operating the F-35 Lightning II and a number of types of helicopter.

They will be versatile enough to be used across the full spectrum of military activity, from war fighting to providing humanitarian aid and disaster relief. 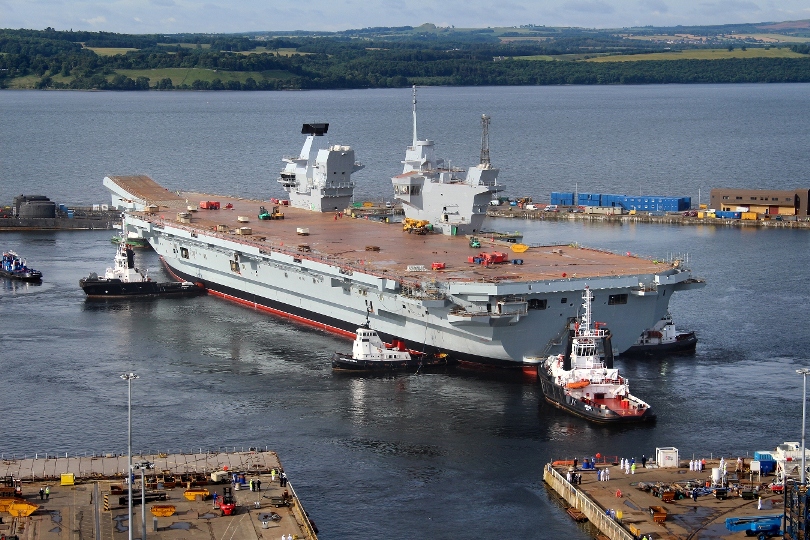