Scientists at the Universities of Portsmouth and Sussex have found horses can remember our facial expressions.

They say their study shows how they identify whether people are a threat, if they previously saw them with a happy or angry face.

The research team conducted controlled experiments in which domestic horses were presented with a photograph of an angry or happy human face and several hours later saw the actual person who had exhibited the expression, now in an emotionally neutral state. This short-term exposure to the photograph of a person's facial expression was enough to generate clear differences in subsequent responses upon meeting that individual in the flesh later the same day.

The study found that despite the humans being in a neutral state during the live meeting, the horses' gaze direction revealed that they perceived the person more negatively if they had previously seen them looking angry in the photograph rather than happy. Previous research, including at the University of Sussex, has shown that animals tend to view negative events with their left eye due to the right brain hemisphere's specialisation for processing threatening stimuli (information from the left eye is processed in the right hemisphere).

Importantly, in the current experiment the humans did not know which photographs the horses had previously seen, to avoid any risk of behaving differently themselves. Also the differences in reaction only applied to the person the horses had actually seen in the photograph and were not given to a different person. 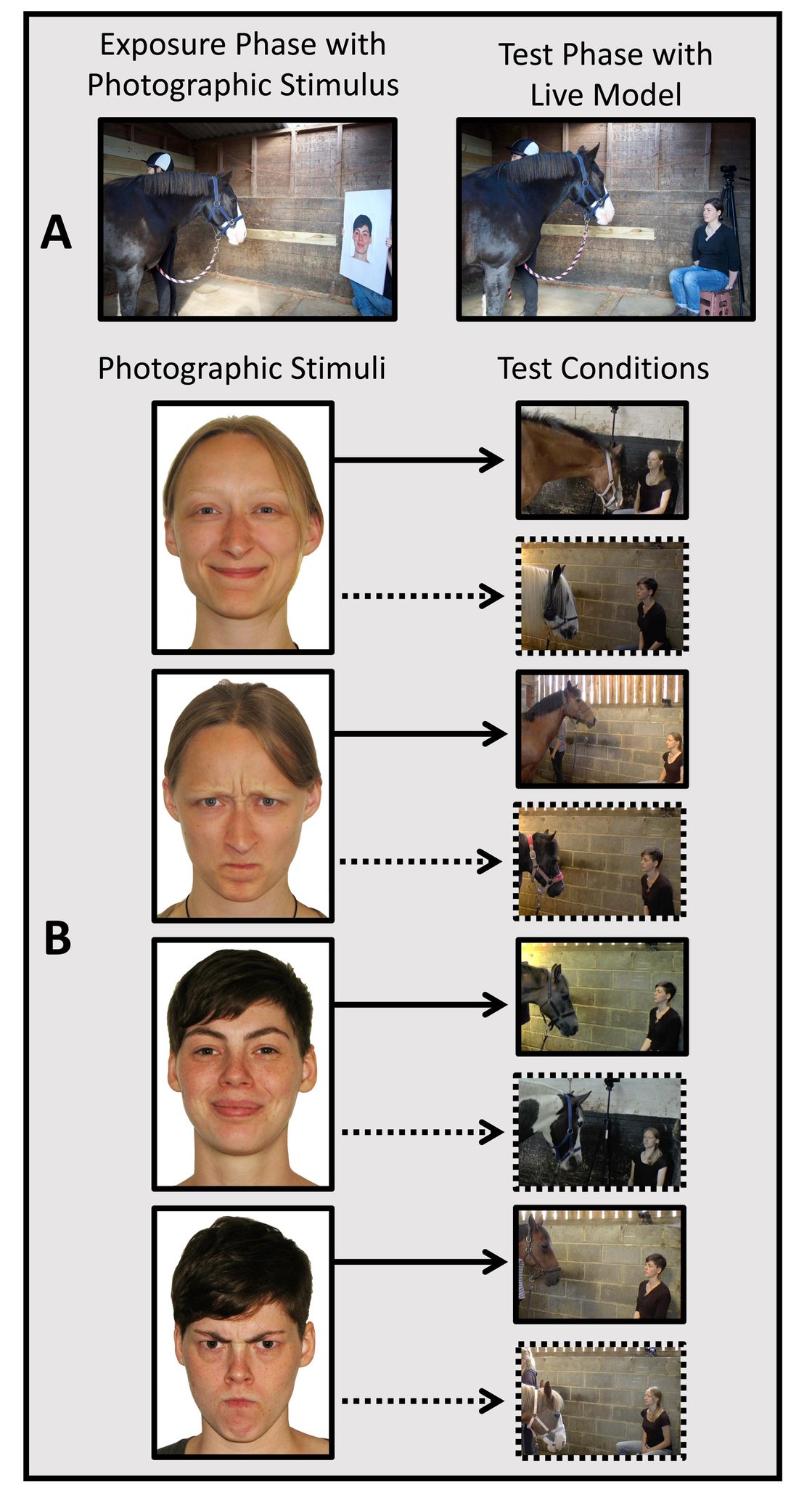 Professor Karen McComb from University of Sussex commented on the findings:

"What we've found is that horses can not only read human facial expressions but they can also remember a person's previous emotional state when they meet them later that day - and, crucially, that they adapt their behaviour accordingly. Essentially horses have a memory for emotion."

"We know that horses are socially intelligent animals, but this is the first time any mammal has been shown to have this particular ability. What's very striking is that this happened after just briefly viewing a photograph of the person with a particular emotional expression - they did not have a strongly positive or negative experience with the person."

Although past research (including that conducted by the University of Sussex) has demonstrated that horses can recognise human facial expressions, this is the first time that it has been shown that they can remember emotional experiences with specific individuals. This ability could have clear benefits for social bonding and aggression avoidance when these individuals are encountered again.