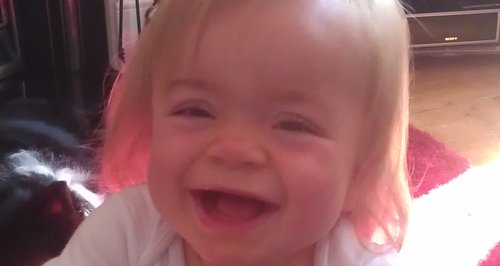 The parents of a Portsmouth girl who died on Christmas Day are to get a £30,000 settlement from the city's NHS Trust.

It's admitted 22-month-old Anabelle Shepherd's death at the Queen Alexandra Hospital (QAH) could have been avoided if she had been given the right care for a serious infection.

Lee and Leanne Shepherd, who were represented by BL Claims Solicitors, have agreed to accept compensation from Portsmouth Hospitals NHS Trust over the death.

The couple's acceptance of the settlement was on condition that it came with a written apology and admission that Anabelle would not have died when she did if she had been given appropriate care at QAH, and with reassurances that changes have been made to hospital procedures to minimise the risk of similar failures affecting other families. The family have now received this letter of apology.

Anabelle died on Christmas Day 2012 after being taken to QAH by her parents, who were concerned that she had become lethargic and not her usual self.

Anabelle, from Portsmouth, suffered from the genetic condition MPS Type 1 - Hurler's Syndrome, and had been treated at London's Great Ormond Street Hospital (GOSH) by undergoing a bone marrow transplant. Part of her treatment meant she had drugs to suppress her immune system.

BL Claims Solicitors represented the Shepherd family at an inquest into Anabelle's death in September and October 2013, at which Coroner Keith Wiseman noted that medics at QAH "did not give adequate recognition to her vulnerable clinical status".

Following the Coroner's verdict, Mr and Mrs Shepherd began legal proceedings against the trust. Their case was that Anabelle's life could have been saved if doctors had given intravenous antibiotics and carried out basic monitoring of her condition while in their care.

Patricia Wakeford, an associate solicitor in BL Claims Solicitors' clinical negligence team, said: "Mr and Mrs Shepherd's main concern in this case has been to highlight gaps and failings in respect of the care Anabelle received in Portsmouth.

“The case has recently been settled.

"We regret the sad events that led to Anabelle's death and have apologised to the family."

Anabelle was admitted to QAH, Portsmouth on 23 December 2012. She was given oral antibiotics but these caused her to vomit overnight.

On Christmas Eve, Anabelle was seen by a consultant paediatrician at QAH who discussed her case with GOSH and it was decided to take various tests but these were not reported for many hours. By the evening it was clear that Anabelle’s kidneys were not working properly.

Further discussions were held with GOSH and Anabelle was given intravenous antibiotics at midnight. However, at 3.00am on Christmas Day, Anabelle’s condition worsened and she was rushed to the paediatric intensive care unit (PICU) at SGH early that morning, where the PICU team tried to save her. In spite of their efforts, Anabelle’s condition deteriorated further and she died at 2.40pm.

After the inquest, Dr White read a statement on behalf of Mr and Mrs Shepherd:

“Mr and Mrs Shepherd would like to thank the Coroner for his detailed and thorough investigation into the circumstances of the death of their daughter, Anabelle.

“Anabelle had a bone marrow transplant at Great Ormond Street Hospital to treat her condition of Hurler's syndrome which involved suppression of her immune system by drug treatments. The transplant held out the prospect of a near normal life.

“From the evidence we have heard, it now seems clear that when Anabelle was admitted to Queen Alexandra Hospital, Portsmouth, their procedures were insufficiently robust to provide the correct care and treatments that Anabelle needed for an infection she had developed. The enquiry has revealed a number of gaps and failings in respect of the care she received in Portsmouth, which contributed to the tragic fatal outcome in Anabelle’s case.

“We hope very much that the lessons are learned from Anabelle's case so that no other parents have to go through what we have been through. We wish to highlight that when complex treatments such as immunosuppression are given in specialist centres, it is imperative that the local hospitals are able to manage these issues when a patient is admitted.

“Nothing however can bring Anabelle back. She was the most brave, inspirational person we knew. The thought that we will never again see her smiley little face again is devastating. We are grateful to everyone who has taken an interest in this inquest.

“Our memories of Anabelle have been overshadowed by the events of the last two days of her life and the frustration we felt in not being listened to when we were very concerned about her.

“We will now try to come to terms with the tragic loss of a life so young for whom so much lay ahead.”