Police are releasing CCTV stills following an assault in a Portsmouth bar back in December when a man had part of his ear bitten off.

It was around 2am on Sunday, December 12, and the victim, 36, had the top of his ear bitten off by a man outside Drift bar on Palmeston Road, Southsea.

It is believed he had intervened in an argument at the queue for the taxi.

The two men ended up on the floor before the suspect ran off, possibly down Villiers Road.

He is described as:

DC Julie Way from Portsmouth CID said:  “We’re releasing a CCTV still of the suspect in the hope that someone recognises him or that he sees himself and contacts us directly. 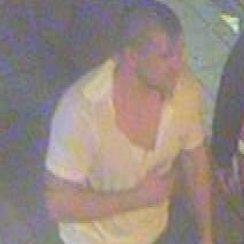 “We’re also issuing a still of a blonde, curly-haired woman who was with him that evening. She’s not a suspect but a possible witness whom we’d like to hear from. 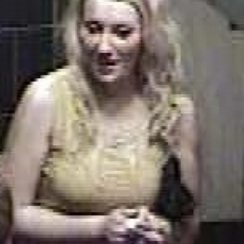 “The victim was taken to the Queen Alexandra Hospital that evening and attempts were made to reconstruct his ear.

“He was released the next day and is now waiting to undergo plastic surgery to repair the wound.”

Anyone with information is asked to contact DC Way at Fratton police station on 101 or the anonymous Crimestoppers charity on 0800 555 111.