Work's started to build a new heat and power plant at Portsmouth naval base which'll recycle energy and save the MoD around 4 million pounds a year.

The £12 million pound system is also being built to provide the extra energy which'll be needed by the giant new aircraft carriers when they arrive. 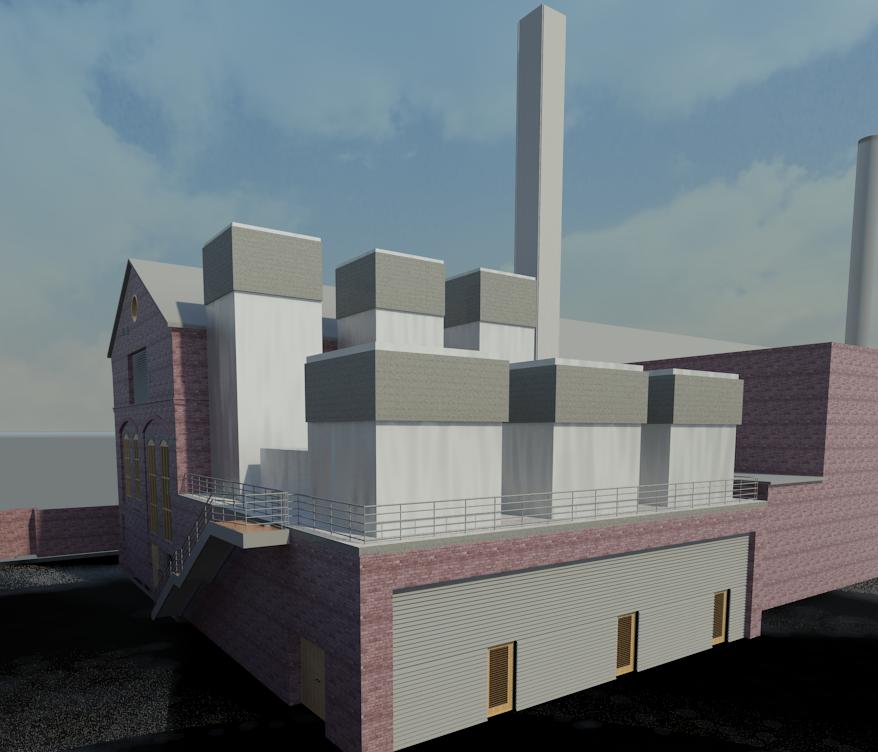 Energy and electrical requirements at the naval base are set to increase when the Queen Elizabeth Class aircraft carriers arrive in their home port. As part of BAE Systems' ongoing commitment to Portsmouth, developing a dedicated CHP facility will not only meet this demand but also increase energy efficiency across the site.

Chris Courtaux, Head of Engineering and Energy Services at BAE Systems, said: "By developing this new facility we will be able to recycle energy consumption on the naval base as well as deliver a significant cost saving. This is an innovative solution to support the largest warships ever built for the Royal Navy.

"We continue to work closely with the Royal Navy to deliver long-term energy cost savings to the naval base. This underlines our commitment to support the MOD's drive to create a more modern and energy-efficient naval base for the 21st century." A CHP system produces electricity and heat from a single fuel source and is able to retain excess heat which would have otherwise been wasted. To create this new facility a former boiler house will be converted and is due to be completed by the end of 2018.

Iain Greenlees, Captain Royal Navy, Head of Infrastructure at Portsmouth Naval Base, said: "As the largest energy consumer across defence, making a radical change to both the cost and carbon footprint of Portsmouth Naval Base is a rare and really exciting opportunity."