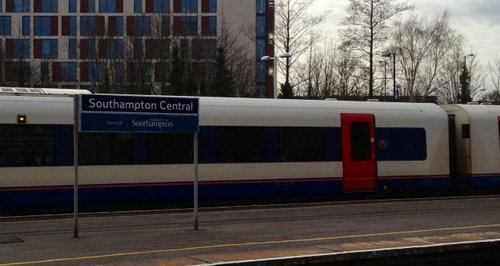 Thousands of holidaymakers face train delays this Easter, as £20 million worth of rail improvements get underway in Southampton.

Passengers travelling to and through Southampton are reminded to check before they travel at weekends between now and May as Network Rail will be carrying out extensive planned improvement work to increase the reliability of the railway in the Southampton area.

It means it is also likely to affect fans travelling to Southampton FC matches.

The £20m improvements to the railway will improve the reliability of trains through Southampton and the surrounding areas. However, in order to carry out the work, there will be disruption to trains using Southampton Central station over eight weekends, including the Easter bank holiday weekend, starting 15 March and finishing on 4 May. These include services from South West Trains, Cross Country, Southern and First Great Western.

The work being carried out varies each weekend, so passengers are strongly advised to check before they travel using the online Journey Planner at nationalrail.co.uk and South West Trains at www.southwesttrains.co.uk - or via your operator.

Replacement buses will be in operation every weekend where work is taking place. Passengers are reminded to allow extra time for their journeys as times may be extended by up to 60 minutes.

A full breakdown of service changes is available at www.southwesttrains.co.uk/southamptonareaengineeringwork.

"This is a vital programme of investment to improve the reliability of train services for Southampton and the surrounding region. The work takes place on weekends from March 15 until early May, with each weekend seeing different service changes on lines to and from Southampton Central.

“Please make sure that you check before you travel and alert friends, family and visitors who might want to use train services over these weekends that they will need to check for specific changes and leave extra time for their journeys.

“We recognise that this is not ideal and we are sorry for the inevitable disruption that will be caused to our passengers. We have sought to keep disruption to a minimum whilst we undertake this essential work.

“There will be replacement bus services through Southampton over those weekends, and we will have customer service staff available at stations to help everyone get where they are going."

Southampton has seen a huge increase in trains and passenger demand in the last ten years, putting the infrastructure under increasing pressure. Journeys on the South West main line have increasing by 22% since 2008. More than 6m people use the station each year, up 1.5m on a decade ago.

The new equipment is needed to improve the reliability of train services to and from Southampton.

Almost 40,000 man-hours of round-the-clock work and 32 engineering trains of materials will be required to undertake the project, which will see more than 30 sets of points and associated equipment replaced over the five weekends.

Southern services will be starting and terminating at Woolston with a connecting bus for Southampton Central during the disruption.

Services from South West Trains, Cross Country and First Great Western will be diverted or replaced by buses on certain routes during the period and passengers are advised to check with them before travelling.

March 22 and 23: All lines to/from Southampton

March 29 and 30: All lines to/from Southampton

April 5 and 6: All lines to/from Southampton

April 12 and 13: All lines to/from Southampton

May 4: All lines to/from Southampton