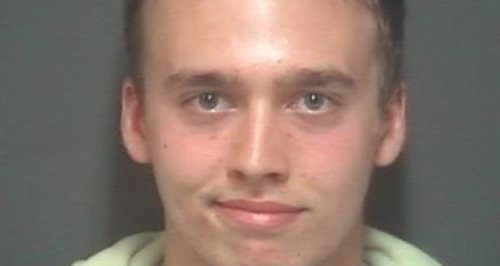 A Hampshire teenager who compared himself to serial killers has been jailed for 21 years for the "chilling'' attempted murder of three women he attacked in random stabbings because he could not lose his virginity.

Ben Moynihan, who is now 18, of The Ridings in Portsmouth was found guilty by a jury at Winchester Crown Court of the three charges following a week-long trial.

The judge, Mr Justice Jay, said Moynihan suffered from an autism spectrum disorder and had a ``gross lack of empathy''.

Sentencing Moynihan, whom he described as ``dangerous'', the judge told him: ``The offences were planned and premeditated.

``The contents of your computers were as chilling as they were disturbing.''

The judge issued an extended licence of five years to be served on completion of the sentence and ordered the defendant to begin his prison term in a young offenders institution.

He also ordered a #20 victim surcharge to be paid.

The teenager, who was 17 at the time of the attacks, stabbed the three women, aged 20, 45 and 67, with a 4.5-inch kitchen knife, aiming for their hearts, as they walked alone in Portsmouth in June and July last year.

Kerry Maylin, prosecuting, said Moynihan, who called himself the ``unhappy geezer'', left two letters for police confessing to his crimes in which he stated that ``all women need to die'' and that he liked to smell the ``flesh he had ripped out''.

The letter, left on a police van, said: ``All women needs to die and hopefully next time I can gouge their eyeballs out.

``Every time I stab someone I run home and I like to smell the flesh I ripped out. Come and arrest me for God sake before I hunt for my fourth victim.''

At the bottom of the letter, Moynihan included a photograph of himself. He was arrested when police officers recognised him in the street from the picture and detained him. Another letter had a symbol from the Tomb Raider game on it.

It said: ``When women won't talk to you it's heartbreaking, why are they fussy with men nowadays.''

In a video found on his laptop, Moynihan had filmed himself saying: ``I think every girl is a type of slut, they are fussy with men nowadays, they do not give boys like us a chance.

``I am still a virgin, everyone is losing it before me, that's why you are my chosen target. I just can't live in this flat, I have no future here. So women, tell me how we should do this.''

Ms Maylin said he also kept what he called a ``diary of evil'' which detailed the attacks, as well as a document listing his dreams, which included descriptions of violence against women and of killing.

Ms Maylin added: ``Ben Moynihan had an incomprehensible fascination for killing and he would compare himself to serial killers.''

In a victim impact statement, the 20-year-old victim said: ``In the days and weeks immediately after the attack, I felt very scared. I couldn't go out on my own. I just wanted to stay inside.

``I often get flashbacks of that dreadful night and when I'm walking alone I have to keep looking back behind me just in case someone is there. I don't trust strangers, I often look at where their hands are placed.''

The 67-year-old woman said in her statement: ``I used to be a confident public speaker as part of my work but I feel I will never be able to do this again.

``My life was completely turned upside-down, I did not ask for this change, it was forced upon me by my attacker.''