Police have released CCTV images of a man they want to speak to after a 32-year-old was left with a fractured eye-socket outside a pub on High Street, West End.

It happened just after midnight on Saturday, July 11 outside the West End Brewery.

Police say the victim started speaking to a group of three men and the discussion became heated. The men became confrontational and a member of staff from the pub asked the group to leave and they moved on.

The victim was sat on the wall facing the pub entrance near to the main door when one of the men ran towards him and hit him in the back of the head. The victim then fell forward off the wall and hit his face on a concrete step. 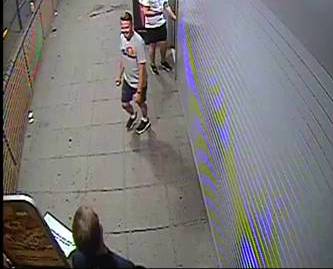 The victim was treated at Southampton General Hospital.

The man who assaulted him is described as being aged 20 to 25, 5ft 6ins to 5ft 7ins, of small to medium build with mousey brown hair. He was wearing a light coloured t-shirt and shorts.

Detective Constable Steve Roman, said: "The victim was totally unprepared for this assault to the back of his head, a cowardly attack that could quite easily have been more serious. Do you recognise the man in the CCTV?

"Although this incident happened late at night there may still have been witnesses in the area. If you have any information, please get in touch as soon as possible."

Anyone with any information is asked to contact Det Con Roman at Southampton police station by calling 101 or call Crimestoppers on 0800 555 111, where information can be left anonymously.