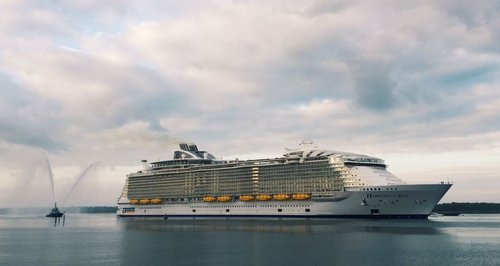 The world's new biggest cruise ship's making its first UK visit, after docking in Southampton on Tuesday and due to leave on Sunday Afternoon.

Royal Caribbean's Harmony of The Seas has 18 decks, is longer than the Eiffel Tower's height and can carry 6,000 passengers and is due to depart at 6pm on Sunday evening.

It cost £800 million to build and features robot barmen, 16 restaurants and its own central park. There are also three water slides, plus two 100 foot-long dry slides called The Ultimate Abyss.

Harmony was welcomed into Southampton by a tug boat spraying a fountain of water, with lots of people watching from the waterfront. The ship will do three cruises out of Southampton this month - then spend the summer sailing from Barcelona.

"Harmony of the Seas is the product of our zealous spirit of continuous improvement, where we have combined revolutionary ship design with the technological strides that have defined the Royal Caribbean brand."

Harmony of the Seas will be the 25th ship in the Royal Caribbean fleet and boasts:

- A 100-foot drop with The Ultimate Abyss, the tallest slide at sea, plunging courageous adrenaline seekers 10 stories down from deck 16 to the Boardwalk on deck 6 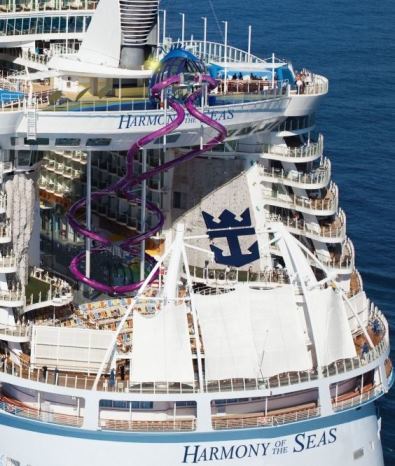 - 2,150 tons of water in 23 swimming pools, whirlpools, two FlowRider surf simulators and waterslides, including the Perfect Storm, a thrilling trio of waterslides, and the Splashaway Bay waterpark for young guests

- The first double-story Wonderland, the specialty restaurant concept first introduced onboard the global cruise line’s Quantum class of ships delivering an imaginative and whimsical feast for all the senses

- Robot barmen, which will mix cocktails you create using an iPad 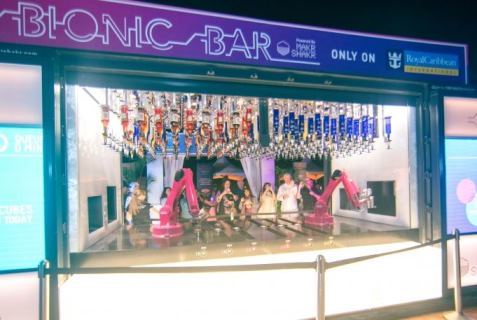 - VOOM, the fastest internet at sea, available exclusively to Royal Caribbean guests, which allows travelers to seamlessly stay connected, stream their favorite entertainment, video chat and share their adventures with friends and family at home

Harmony of the Seas will homeport in Barcelona, Spain and embark on the first of 34 seven-night sailings in the western Mediterranean on 7 June, exploring some of Europe’s most beautiful locations.

In November 2016, Harmony will arrive at her homeport of Port Everglades, Fort Lauderdale, Florida, from where she will offer seven-night eastern and western Caribbean sailings. The newest member of the fleet will join sister-ships Oasis of the Seas and Allure of the Seas, sailing from Port Canaveral and Port Everglades respectively, on the east coast of Florida. 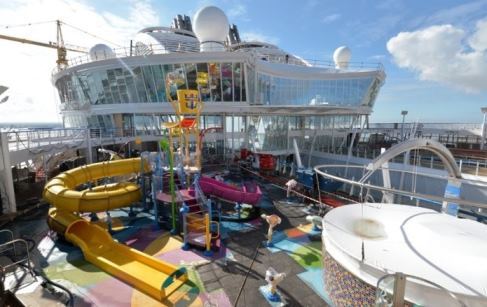