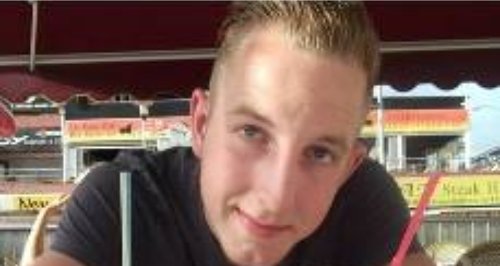 The family of Daniel Foale, who died following a three-vehicle collision in Totnes this weekend, have paid tribute to a son, brother, grandson and friend who 'lit up every room he entered'.

They have released a statement through Devon & Cornwall Police:

''We are utterly devastated by the loss of Daniel (DJ), our beautiful son, brother, grandson and friend. Trying to find words with which to describe him is such a difficult task as the kind of person Daniel was seems to defy definition.

Daniel was involved in a car accident at the weekend and tragically died at Derriford hospital from his injuries.

Daniel from Kingsbridge was a keen sportsman with his main passion being rugby and football. He enjoyed playing for many local football teams, Malborough being his most recent team.

''He was the life and soul of every party and lit up every room he entered. He was hugely admired by so many people for so many different reasons.''

Police are still appealing for witnesses following the collision.

Sergeant Steve Walker, based in Plymouth, said: ''We would like to speak to anyone who may have seen the green Volkswagen Polo being driven in the Woodlands area shortly before the collision. The car was travelling in the direction of Dartmouth, towards Totnes.''

Anyone who witnessed the collision, or has any information that could assist with the investigation, is asked to call Sergeant Steve Walker on 101, quoting reference 334 of 31 January.