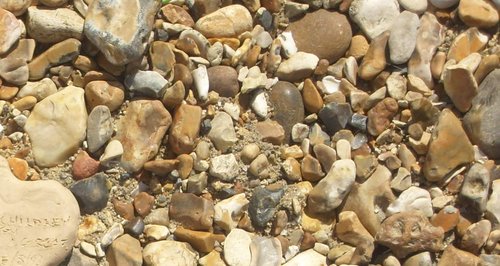 A woman has been warned by police after taking pebbles from a beach in Felixstowe for her garden.

The 39-year-old has been dealt with by way of community resolution after the theft of shingle to use in her garden.

Police were initially contacted on Wednesday 28 August to a report that shingle had been stolen from the beach near The Dip at Undercliff Road East.

Suffolk Coastal District Council had been informed that a 'relatively significant' quantity of pebbles had been taken after the theft was witnessed by a member of the public.

In discussions with police it was agreed that this was a theft of council property and that action should be taken.

The member of the public who initially reported the incident revealed that there had been two occasions where three adults and a child had gone to the beach and filled around four to six large bags of material from the beach - and that this had then been taken from the scene in a vehicle. The member of the public had noted a car registration and taken photographs which led officers to the home of an Ipswich woman who has not been named.

Police attended the address and spoke to her about the incident. She accepted that she had taken the shingle and used it to decorate her garden and was dealt with by way of a community resolution which took the form of advice that it was illegal to take shingle from the beach.

Paul Patterson, Senior Coastal Engineer for Suffolk Coastal and Waveney District Council's Coastal Management Team said; "The removal of pebbles, shingle or sand from Suffolk's beaches is unacceptable because it may contribute to erosion of the shoreline or increase the risk of flooding. Where there is evidence of this occurring the Council will take action against those responsible."