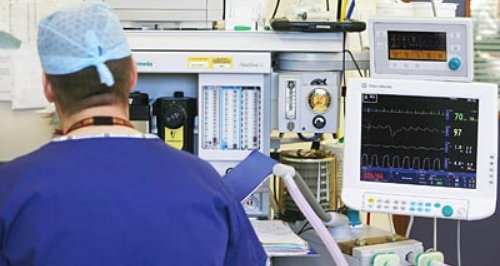 Part of Haverhill recreation ground has bas been closed off this morning after a man was left with potentially life threatening injuries.

A man is in a 'critical but stable condition' at Addenbrooke's Hospital in Cambridge after being stabbed in Haverhill.

Police were alerted to the incident at Haverhill Recreation Ground at around 10:55pm on Tuesday 16 July when a man, aged in his thirties, presented himself at Addenbrooke’s with stab wounds.

The incident is believed to have occurred between 9:30pm and 10pm, possibly in the vicinity of a toilet block within the Recreation Ground, near to Camps Road. Officers have put a scene up at this location.

Two other areas have been taped off by police in Montfort Court and Harrow Road.

While officers have not yet been able to get a full account of what has occurred from the victim, the suspect is believed to be a lone man.

The incident was originally thought to have happened in the vicinity of a toilet block within the Recreation Ground, near to Camps Road. However, following enquiries this morning police believe it may be linked to a report of an altercation in a car park in Harrow Road.

Officers would like to hear from anyone who witnessed an altercation or has any details in relation to an incident in Harrow Road during these times.

The victim remains in hospital in a critical but stable condition though his injuries are no longer thought to be life threatening.

If anyone has information they think may assist police in their investigation they are asked to get in contact immediately on 101 or call Crimestoppers anonymously on 0800 555 111.