UPDATED: Man Arrested On Suspicion of Murder in Ipswich 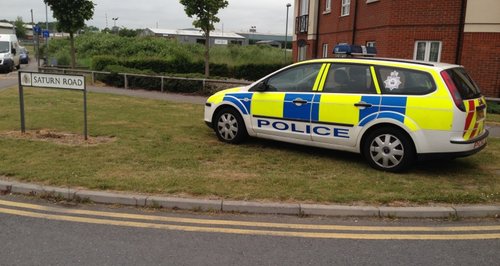 A man has been arrested on suspicion of murder after an incident in Ipswich following which a man has died and a woman has been taken to hospital.

Police were called at around 2:50am this morning, Thursday 13 June to reports of a woman being stabbed at a property in Saturn Road.

Police and the ambulance service attended the scene where a man was discovered with stab wounds. He was taken to Ipswich hospital but was declared deceased.

A woman was also found at the scene with leg injuries and has been taken to Ipswich hospital.

A 37-year-old man from Ipswich was arrested on scene by officers and has been taken to the Martlesham Police Investigation Centre where he currently remains.

A scene has been put in place and police remain at the property.

Anyone with information in relation to this incident is asked to contact Suffolk Police on 101.

A police spokesperson has confirmed the female victim has been released from hospital.