20 fighters from across East Sussex were called out to the disused St Aubyns School along the High Street, the fire is thought to have started in the old school gym.

East Sussex Fire & Rescue Service are at the scene of a fire in Rottingdean.

At 15.17 this afternoon five fire engines were mobilised to a fire at the disused St Aubyns School in Rottingdean. Appliances from Roedean, Preston Circus and Newhaven are in attendance and the Command Unit from Lewes

As of 17:40, East Sussex Fire & Rescue Service were still at the scene of a fire at the disused St Aubyns School in Rottingdean, the fire is in an outbuilding that was used as the school gym.

Crews are making good progress and will remain at the scene through most of the evening continuing to damp down and extinguish the fire.

The incident is being treated as suspicious. 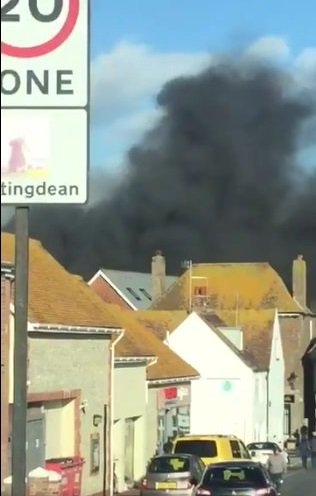