Striker Bobby Zamora has joined Brighton for a second time - 15 years after beginning his first spell with Albion.

The 34-year-old former England international was a free agent after leaving QPR and has signed a one-year deal, Brighton announced on Monday evening.

Zamora joined Albion for £100,000 in the summer of 2000 and scored 83 goals in three seasons, helping the Seagulls win back-to-back championships in 2001 and 2002, before moving to Tottenham for a record transfer fee received of £1.5m.

Subsequent moves to West Ham, Fulham and QPR followed and now he is back at Brighton.

Manager Chris Hughton said on the club's official website: "We are absolutely delighted to have brought Bobby back to Brighton.

"He needs absolutely no introduction here. The Albion fans know everything about him, from his achievements in a Brighton shirt and right through his time with Spurs, West Ham, Fulham and QPR.

"I also know Bobby well, having worked with him during his time at Spurs, and he is a great professional; I know he will bring plenty of experience to the team, having played Premier League, European and international football.

"He will also bring a lot in terms of character to the club and to the dressing room - but most importantly, having played more than 30 times for QPR last season, he brings top quality to our offensive options.

"We still have work to do in terms of adding to the squad, including those offensive options, in terms of creating and scoring goals.''

Bobby talks to Heart at his Press Conference 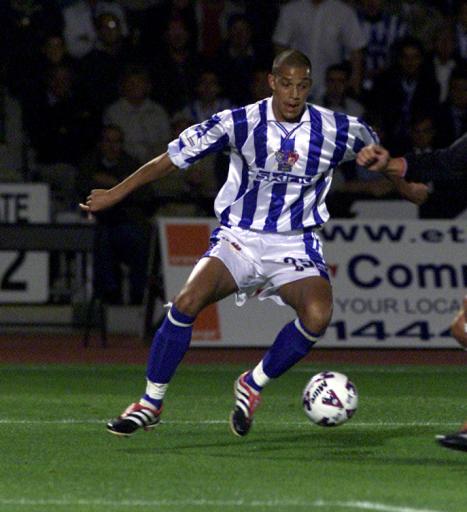 Bobby Zamora in action for the Albion in 2001