Two hundred body bags have been lined up along Brighton beach to highlight Britain's response to the migrant crisis in Europe.

In a stunt organised by Amnesty International, supporters zipped themselves into some of the body bags near the Brighton Wheel.

A banner was displayed with the hashtag #Don'tLetThemDrown and a campaigner laid a wreath in the middle of the mass of bodies.

It comes after a shipwreck at the weekend killed at least 800 people trying to flee from Libya. 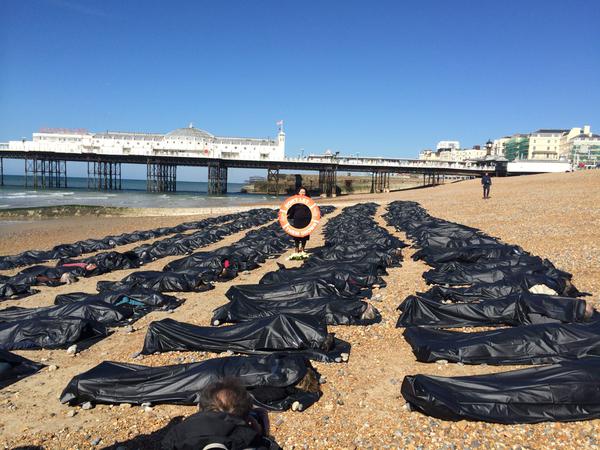 European leaders are coming under mounting pressure to agree a plan to stem the rising number of migrants killed trying to reach Europe for a better life.

On Thursday, David Cameron will attend an emergency summit of EU leaders in Brussels to discuss a response to the crisis. This meeting comes after the EU foreign and home affairs ministers announced a ten-point plan on Monday, including a commitment for an expanded search-and-rescue operation.

Amnesty UK director Kate Allen said: "Until now, the British Government's response has been shameful but finally foreign ministers seem to be waking up to the need to act.

"EU governments must now urgently turn their rhetoric into action to stop more people drowning on their way to Europe."

Analysts predict that up to 30,000 migrants, including 2,500 children, could die attempting to cross the sea this year unless the crisis is tackled.

The International Organisation for Migration (IOM) said the total of 3,279 migrant deaths in the Mediterranean last year could be surpassed within weeks.

Those who perished came from countries including Syria, Somalia, Sierra Leone, Mali, Senegal, Gambia, Ivory Coast and Ethiopia, according to the United Nations High Commissioner for Refugees (UNHCR). 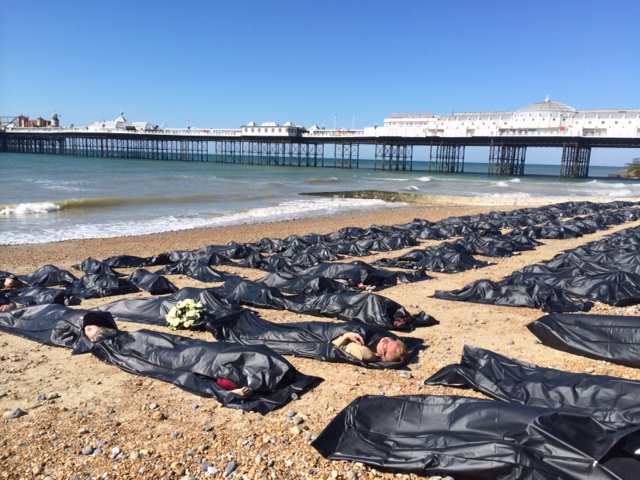