The Brighton i360 tower is now officially the tallest structure in Sussex, having reached 120 metres high, despite the fact the construction is not yet complete.

This is the Press release from the company behind the tower

The i360’s chief executive Eleanor Harris announced the milestone this week. She said: “The i360 is now the tallest structure in Sussex: taller than Shoreham Power Station, which previously was the tallest structure, and Sussex Heights in Brighton & Hove, which was the tallest building, and other famous landmarks such as Chichester Cathedral and the Gatwick Air Traffic Control tower. (see graphic at bottom of page)

"Up close the tower is an incredibly elegant and beautiful piece of architecture, soaring up into the sky and it will be fantastic to see the tower revealed in all its glory when the square jacking tower, used to build the tower, is removed next month.

"I was fortunate to go up the jacking tower at the weekend with the construction engineers and already the view from 60 metres is stunning. I can’t wait to see the views from the i360 when it opens next summer and the pod will glide up to 138 metres - more than double the height of the jacking tower.” 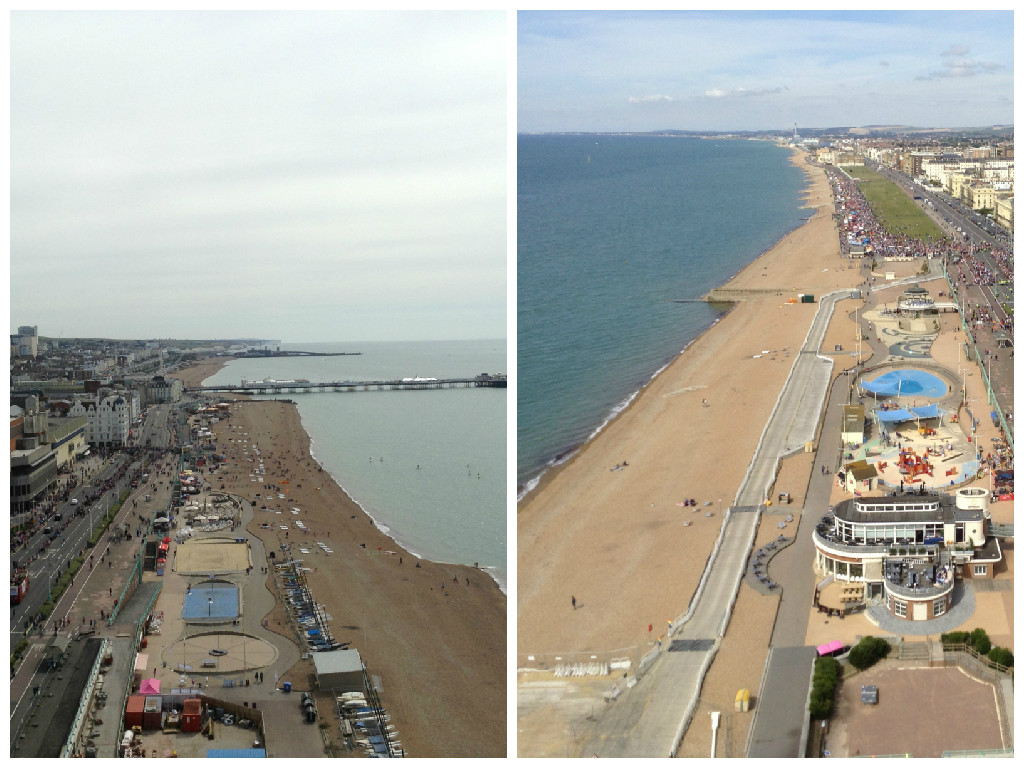 The views east and west from 80m up

"We are on schedule and have less than 50 metres of tower to build, and we expect to complete the 162 metre high tower by the middle of September, if not sooner if the weather is good.”

So far 11 cans have been inserted and there are another six to add over the forthcoming weeks.  This will involve just four more jacking lifts, as cans seven and six, which are each six metres, will be bolted together first before being jacked up at the same time; and the same method will be used for cans four and five. At the top of the tower is a small 'mini-tower' with the air warning light on it, which adds another two metres in height to the cans.

The first steel sections of tower, or cans as they are called, were lifted into place using the giant 100 metre high crawler crane, nick-named T-Rex by the site team, but as the tower reaches higher into the sky, the jacking tower, designed by the i360's main contractor, Hollandia, is being used to lift the tower up, allowing a new can to be skidded in underneath. The new can is bolted into place and this process is being repeated until all 17 cans are adjoined and the i360 tower is complete.

David Marks, architect of the i360, explained: “Building the i360 is a formidable engineering operation. The jacking tower is a vertical factory, a vertical production line. Individual steel cans go in at the bottom, and the finished tower comes out of the top, with the steel cans safely bolted together and clad in an aluminium veil.”

Segments of the glass pod, which has been designed and built by leading cable car designers POMA, will arrive in Brighton in the autumn and then work will begin on the beach buildings, to create a stunning new events and visitor centre and restaurant.

National and international interest in the Brighton i360 is building, with film crews and magazines visiting to find out more from all over the world. The attraction remains on track to open next summer. 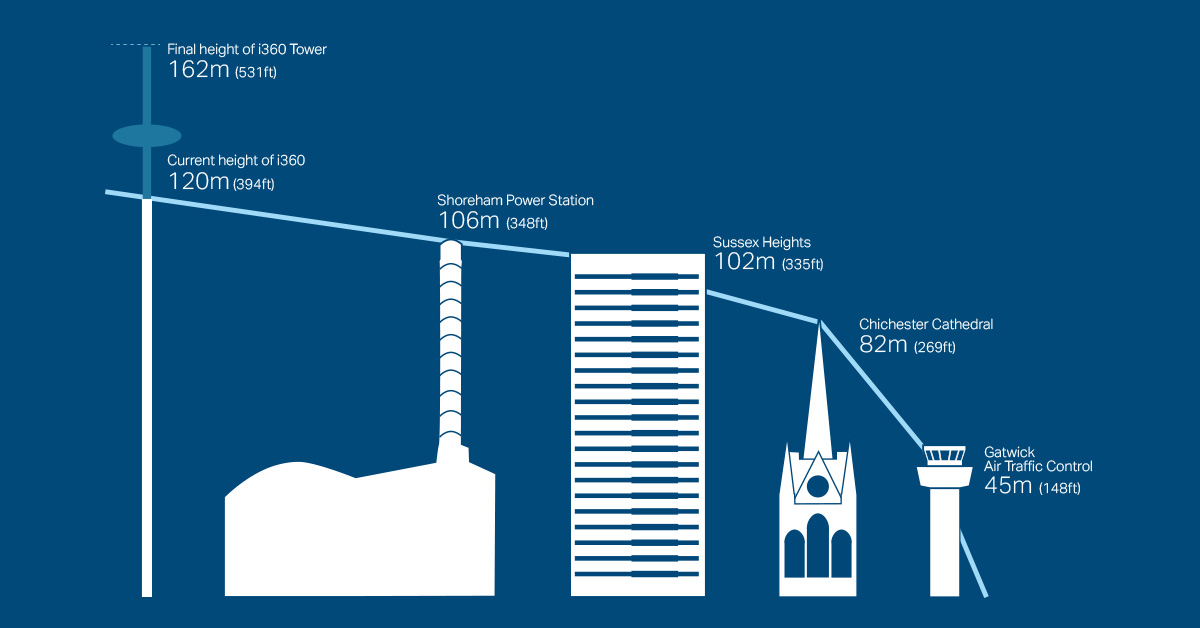