Police are investigating a suspect package on Brighton seafront as a bomb hoax just before start of Brighton Pride Parade.

Brighton welcomed thousands of people into the city centre on Saturday (1 August) for the biggest event in the city's calendar- Pride.

However the discovery of a suspect package on the A259 Brighton seafront near the bandstand at 11.10am just before the parade was due to set off from Hove Lawns meant it had to be re-routed to Lansdowne Place and along Western Road, delaying the start by an hour and half. 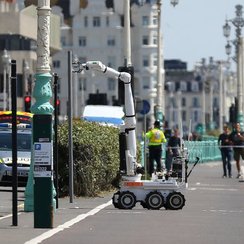 Chief Superintendent Nev Kemp who was the Gold commander for the day's policing event said: "We believe the item was placed there deliberately and made to look like a suspicious device, in order to cause a disruption. We have started a criminal investigation to identify who did this.

"We were concerned enough to call in the bomb disposal unit, who after making a further assessment, carried out a controlled explosion. The area had been cordoned off and there was no risk to the public.

"We want to apologise for any disruption this caused and thank the Pride organisers, public and those taking part in the parade for their support and patience while we made the area safe and re-routed the parade. Their co-operation made dealing with this difficult incident easier.

"Despite the delay, we hope everyone enjoyed the Pride events across the city."
The fine weather brought people in their tens of thousands to enjoy the day at the park and evening at the Pride Village Party in Kemptown.

Chief Supt Kemp said: "This is one of the biggest policing operations we manage, and it could not happen without the support and hard work from all those involved and the thousands of people who travel from far and wide to attend it and help make it an amazing and fun event. 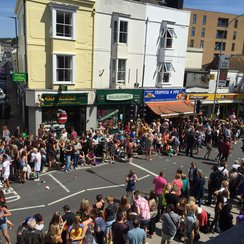 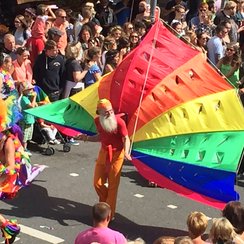 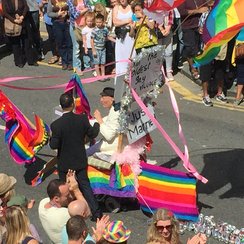 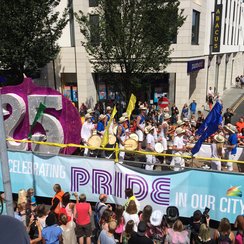 "I was delighted to be able to march in the Parade again this year, which has to be one of the most enjoyable opportunities I have each year as the city's policing commander.

"I am also hugely proud of the officers who have been policing Pride this year, many of whom worked very long and busy shifts but remained positive and professional throughout.

"The overwhelming majority of people who have come to Pride have been brilliant but officers have made a number of arrests today for a variety of offences, which can be expected at such a large event. 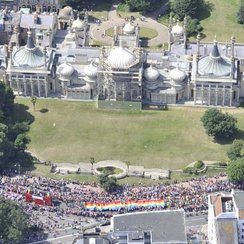 As the weekend continues I would urge people to please take care of themselves and each other. If you have come to the City with friends then stick together, have fun but make sure you all go home together - I don't want anyone to end up with not so pleasant memories of their Pride weekend.
"A visible presence of officers will remain throughout the city with plenty on hand to help if you need it. So, please do not hesitate to approach an officer if you have any concerns or need to report a crime".