A new long haul flight from Gatwick Airport to Shanghai has been announced.

Officials say these types of flights will take on extra significance in a post-Brexit Britain.

· New direct link to Shanghai provides over 3,700 tonnes of cargo capacity – in both directions - and over 70,000 seats per year

· “Long-haul connections to China and other non-European nations will take on extra significance in a post-Brexit Britain” – Stewart Wingate, Gatwick CEO

· Gatwick’s long-haul routes grew by +20.8% in the airport’s busiest-ever July

The new service will be flown by China Eastern – the country’s second biggest airline – and will connect the UK to one of the world’s leading business centres, providing over 70,000 seats and more than 3,700 metric tonnes of new cargo capacity each year.

Shanghai is seen as the showpiece of China’s dramatic economic growth and, like London, is a global financial centre. It is also the leading city driving the Yangtze River Economic Zone – a region accounting for 20% of China's GDP and responsible for a third of the country’s imports and exports.

The launch of the new route follows the busiest July in Gatwick’s history, which saw the volume of cargo handled by the airport grow by +28.8% year-on-year as a direct result of its soaring long-haul growth.

Gatwick’s Asia routes grew by +134.8% compared with July last year, while the airport’s US connections continue to prove popular, with New York +67.5%, Boston +58.7% and Las Vegas +32.5%. Tampa saw a +5.3% increase in passenger numbers in July, ahead of the launch of new Norwegian flights from Gatwick to the Florida city this October.

The new China Eastern Airlines service to Shanghai will begin on 7th December 2018. The Airbus A330-200 will depart from Gatwick on Tuesdays, Fridays and Sundays at 12:00 and will fly to Shanghai Pudong Airport.

“I’m delighted to welcome China Eastern to Gatwick and look forward to the start of this vital new link to Shanghai which, like London, is undoubtedly one of the world’s most important cities and business hubs. Starting from such a strong position gives this new route every chance of success, as it will be popular with business passengers travelling between the two economic centres, as well as leisure passengers keen to sample the excitement of China’s largest city.

“July’s traffic figures demonstrate that Gatwick’s long-haul network is driving the airport’s growth. These connections to China and other non-European countries will take on extra significance in a post-Brexit Britain as we become more reliant on them to generate vital growth through trade and by exploiting the other business opportunities that they provide"

What are the new north-east lockdown rules and how long will they last?

Flu vaccine shortage 2020: Is the flu jab running out in the UK? 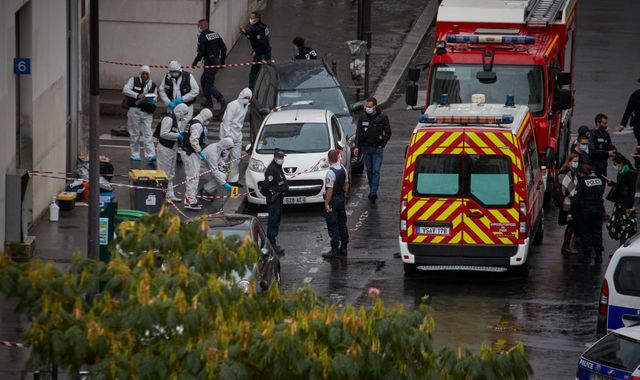 Charlie Hebdo: Terror suspect 'wanted to burn down magazine's office - but did not know it had moved'

These succulent Christmas Trees are the new festive trend everyone loves

World Heart Day 2020: How you can help the fight against cardio vascular disease