30 firefighters called out to the Mark Cross Inn just before midnight.

East Sussex Fire and Rescue Service will carry out a fire investigation at a pub today 16 April 2017.

At the height of the incident, six fire engines were at the scene on Wadhurst Road.

Everyone was accounted for and a reinspection of the building is planned for 05.00. 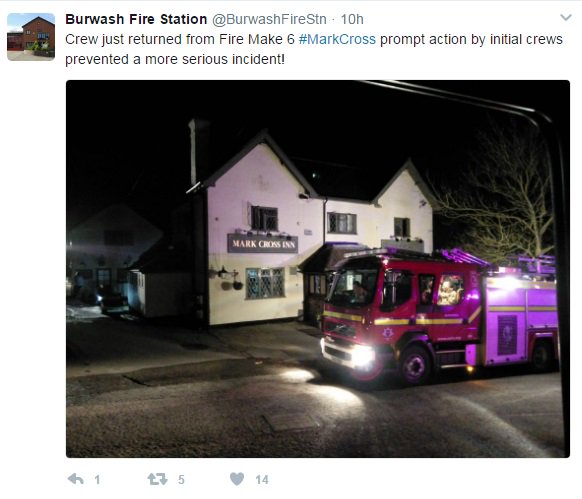