A man has been jailed for life with a minimum tariff of 30 years after he was found guilty of murdering Hastings man Karl Bunster in December 2015. Karl's body has never been found.

49-year-old Ben Walton, formerly of Cowick Hill, Exeter, Devon, was found guilty of the killing and two counts of perverting the course of justice following a trial at Croydon Crown Court on Tuesday (1 August).

His girlfriend Stacey McClymont, 29, was found not guilty of murder but guilty of perverting the course of justice. She was jailed for two years but released from custody after time served on remand was taken into consideration. They were sentenced on Wednesday (2 August).

On 17 December, McClymont called Karl and after talking to him, ordered a taxi to bring him to her home in Mann Street.

He arrived there at 10pm and was seen on CCTV walking into her house. This was the last sighting of Karl and he has never been seen again. His body has not been found.

Shortly afterward Karl arrived at her house, McClymont left to go to her works' Christmas party, where she was seen together with her boyfriend, Ben Walton.

In the early hours of 18 December neighbours at Mann Street heard noises coming from McClymont’s home. One described it as sounding like banging, as if something heavy was being bumped down the stairs. They saw a van belonging to Walton draw up close to the back of the house and park with its rear doors open. Later that morning Walton was seen loading bin bags into the van which he then drove to a storage unit in Exeter, Devon, before driving back to Hastings late that day.

That evening McClymont had dinner with her ex-partner and father of her children. She was crying and told him Karl had been shot at her home and rolled up in a carpet and taken away.

McClymont’s ex-partner phoned the police to report it the following day. However when officers attended her home and asked her, she laughed and denied saying it. When further enquiries were made McClymont said she had not seen Karl. Walton was also at the property and became argumentative with officers.

At this time it was unclear whether Karl was missing for personal reasons; he was avoiding police because he was wanted for breaching his bail conditions or something had happened to him. McClymont continued to lie to police and denied having said to her ex-partner that he had been shot. No other witnesses had come forward at this time and so enquiries continued to try to determine what had actually happened to Karl.

In mid December 2015, McClymont was still living at Mann Street but she and Walton were arranging to move imminently to Exeter, Devon with McClymont’s children.

It was later discovered that in the week between Christmas and New Year, Walton had been seen around the Exminster Industrial Park early one morning, burning something in a metal bin close to a storage container he had rented on 10 December. Enquiries also revealed that Walton had also hired a freezer that he kept in the container. He had also been seen using a jet wash to clean off tyres in the back of his van before deBen Walton's gun safeep cleaning the inside of the van.

In early to mid-January 2016, McClymont arranged for cleaners at the property in Mann Street as she was moving out. An inspection by the landlord noted the wall in the lower hallway had been repaired and painted over and the carpet was missing.

The police forensic examination of the house discovered evidence of blood staining belonging to Karl. A search of Walton’s flat in Cambridge Gardens, Hastings, revealed one of his firearms in his locked gun safe, a Spikes Tactical Rifle, also had blood on it.

On 10 February 2016 officers from the Surrey and Sussex Major Crime Team arrested Walton and McClymont in Exeter on suspicion of conspiracy to murder. They made no comment to police questions and were released on bail while enquiries continued.

Through painstaking forensics of the crime scene and the weapon, we were able to piece together what happened the night that Karl was murdered.

On 26 November 2015, McClymont told police Karl had assaulted her and he was arrested. He was bailed by police with conditions not to contact her. She then reported that he was continuing to contact her but telephone records obtained by the police showed that there was almost daily contact between Karl and McClymont throughout the time he was on bail, much of it instigated by McClymont.

Specialist forensic scientists found blood staining from the stairs at Mann Street to the living room and on a back door.

Blood found on the basement step during forensic search

This extended underneath the wooden door strip, the door hinges and the skirting board at the door to the rear of the property. This was analysed and identified as Karl’s blood. The presence of blood in this area showed that Karl had been bleeding heavily in the hallway by the rear door of the property. Some of the blood was diluted as it had come into contact with water which showed cleaning had taken place.

Forensic evidence found in the basement

The licensed rifle seized from Walton’s flat, pictured below, was found to have minute spots of blood on all sides of the weapon including on the scope of the rifle, the sight and the eye piece. A magazine which fitted the weapon also had blood on it. The blood found on the weapon was identified as Karl’s.

Forensic evidence on the rifleA forensic examination of Walton’s van also revealed that Karl’s blood was found in a number of areas in the van particularly in the rear of his vehicle.

Proof of life enquiries for Karl showed that he had not collected his regular prescriptions for his asthma inhalers and he had not used his mobile phone since 17 December. He had not contacted any of his family or friends or used his bank account and he had failed to visit his sister’s grave on the anniversary of her death, which he always did. His disappearance had been publicised as a missing person but police had not received any reports of sightings of him nor had his death being reported by any UK coroner.

By June 2016, while the couple were on bail, McClymont made a 999 call to police saying that Walton was being violent towards her and she could not live with him anymore as he was a ‘psychopath’. Officers tried to persuade her to leave the house they were sharing in Exeter but she refused.

On 14 June they were re-arrested on suspicion of murder, they refused to answer any questions put to them by the police. The following day both Walton and McClymont were charged with the murder of Karl Bunster and perverting the course of justice.

The trial started in November last year but the jury was discharged by the judge who ordered a retrial. This started on 26 June at Croydon Crown Court.

The trial heard that both Walton and McClymont accepted that Karl Bunster was dead. However McClymont denied being involved in the killing. She told the jury that Walton had shot Karl in her house while she cowered in fear in an upstairs bedroom. She told the court that she had not reported the shooting because she was in fear of Walton, believing that he would kill her and her children if she did contact the police.

Walton also denied killing Karl and said that he had returned to McClymont’s house in the early hours of December 18 2015 and found Karl there. Karl was already dead and had a deep stab wound in his neck. Walton was unable to say who was responsible for Karl’s murder and that he could not discount McClymont of being the killer. Walton did however admit helping McClymont dispose of Karl’s body by putting his body in his van and dumping it in a nearby skip.

However the Crown Prosecution Service said that while the pair may have played different roles in the actual events of that night, they shared the common intention to kill Karl and take part in his murder. After he was shot and killed they were both again involved together to pervert the course of justice by concealing the crime. They disposed of his body, cleaned the scene of the crime and the van that had taken Karl’s body away and then lied to police throughout their investigation. Weeks after the murder, McClymont and Walton got engaged and the couple then spent six months living together in Exeter before they were again arrested and charged with murder and perverting the course of justice.

Karl’s family
Family and friends of Karl said they wanted to thank all those involved in the investigation into Karl’s death and bringing those responsible to justice. They said: “Nothing can compensate for our loss, we would now like to be left in peace to grieve and try to come to terms with the distressing and devastating circumstances of Karl’s death.”

A reflection from the Senior Investigating Officer

Detective Superintendent Jason TaylorDetective Superintendent Jason Taylor, who led the investigation for Surrey and Sussex Major Crime Team, said: “This was a challenging investigation throughout. Not only were there many conflicting reasons why Karl Bunster may have gone missing from the outset, McClymont and Walton repeatedly lied and tried to distance themselves from the crime. Without Karl’s body it was not clear what had happened and it required a painstaking and detailed investigation to prove both that Karl was dead and that a murder had taken place.

“Sadly we have also not been able to find Karl’s body. I would urge anyone who knows where his body is, or has any information that can help find Karl, to come forward to give his family and friends’ closure.

“I also want to praise the courage of many of the witnesses in this case who came forward and provided the vital information needed to help convict this pair.”

If you have any information that may help us find Karl's body please contact Sussex Police online or call us on 101 quoting reference Operation Redside. 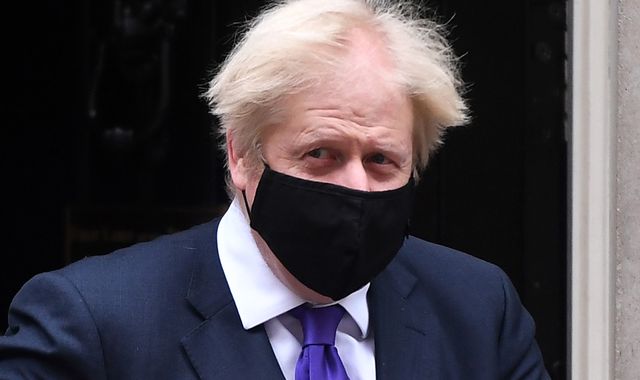 Maeteusz Kryskow: Man who drove at 150mph during lockdown given 20-month ban