A 37-year-old mother of three children who sustained critical injuries after a car collided with her and her family in Upper Lake, Battle, on Sunday afternoon (19 March) has sadly died in hospital.

At 1.55pm emergency services were called to the A2100 Upper Lake, Battle, where a black Volkswagen Beetle travelling west had collided with a family.

Officers are investigating reports that the car driver may have been under the influence of alcohol.

The father is seriously ill with head injuries at the Royal Sussex County Hospital.

The three children have been treated for shock at the Conquest Hospital in Hastings.

The car also hit a cafe window near the High Street. East Sussex Fire Crews stabalised the building but more checks are due to be carried out. 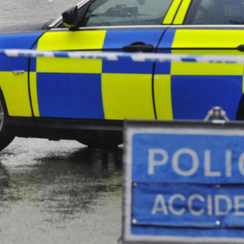 "Our thoughts are very much with the family at what is a very difficult time, and we would ask people to respect their privacy while they try to come to terms with what has happened."

Police are continuing to investigate the incident and have repeated an appeal for any witnesses to contact them. They can do so by reporting details online here quoting Operation Willington.

Who is Love Is Blind's Giannina 'Gigi' Gibelli, what is her job and is she still with Damian Powers?

Is Military Wives based on a true story? Gareth Malone’s real-life choir behind the hit film