No Drone Zone Near Gatwick Airport

A new 1 kilometre no flying drone zone is now in force around Gatwick Airport today.

Stricter rules are now in place at Gatwick Airport with owners of drones not alllowed to fly within 1 kilometre of the airport.

Anyone caught breaking the law could now get up to up to five years in prison or an unlimited fine, or both. 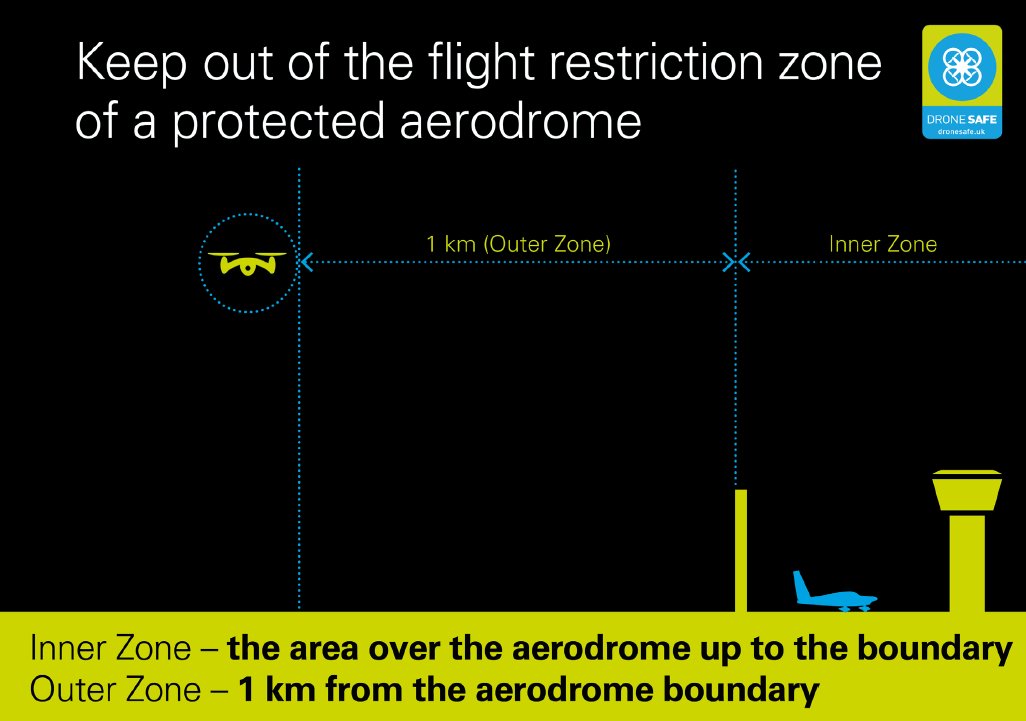 · Up to five years in prison or an unlimited fine, or both, for breaking new drone laws

· Airport to launch an information campaign through social media and schools

From today, anyone flying an unauthorised drone within one kilometre of Gatwick’s perimeter fence - or anywhere at a height above 400 feet – risks five years in prison or an unlimited fine, or both, as the new laws come into force, the airport announced today.

The airspace above Gatwick is some of the busiest anywhere in the world and the new 1 KM No Drone Zone will enhance the safety of aircraft in the face of an increase in drone incidents in recent years.

In 2017 there were eight reported incidents at Gatwick that – in the opinion of pilots – posed a potential risk to aircraft – four the previous year, with only one incident reported in 2015. Around 92 such incidents were reported across the UK in 2017.

A range of advanced measures are also being progressed at Gatwick that will help the airport and police to detect the location of drone pilots.

The airport will also be launching a social media campaign to help communicate news about the 1 KM No Drone Zone across the local area, and information will also be distributed through local schools after the summer holidays.

Anyone wishing to fly a drone within the exclusion zone must first contact the airport by emailing - drones@gatwickairport.com - in advance and must not proceed with the drone flight until permission has formally been granted.

New exclusions zones are also being implemented at other UK airports today.

The Civil Aviation Authority has produced a simple code and NATS – the UK’s main air traffic control provider – has created an app - that are both designed to help people easily access information on flying drones safely and legally. Both are available on Gatwick’s website here.

“This new 1KM No Drone Zone leaves no doubt that anyone flying a drone must stay well away from Gatwick unless they have permission first.

“Drones are an exciting advance and look set to play a major role in future society but they must be used responsibly. The new exclusion zone around Gatwick is backed up by some tough penalties which – when combined with new surveillance technology – make it easier for the police to apprehend and prosecute anyone who endangers the traveling public.”