Plans to build 540 Riverside homes on part of Shoreham Harbour have moved a step closer after the idea has been approved by Councillors.

This means the three acre Free Wharf site in Brighton Road could be redeveloped into homes, restaurants and office spaces in future 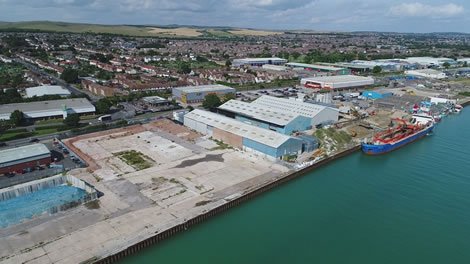 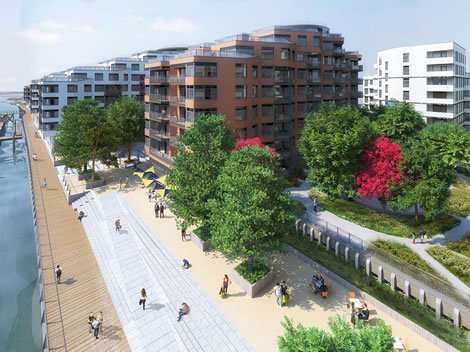 The approval is the first step in the local authority's long-term ambition to regenerate Shoreham Harbour and create a new high-quality residential area with riverside promenade and cycle path.

In addition to half of the three acre site being transformed into attractive public space, a retail unit, three restaurants, and office space for small and medium business will be created.

Developers also pledged to set aside more than £2 million towards infrastructure improvements. This includes highways, schools and health provision as well as measures to mitigate the impact of the development on air quality.

“While it was not an easy decision to take, the committee believes this development will provide significant economic, social and environmental benefits which demonstrably outweigh any negative effects of the proposal.”

“As part of the Adur Local Plan, which was approved last month, the council has committed to building at least 1,100 houses along the western harbour arm. This is the first step in achieving that total.”

Southern Housing Group said it had spent the last two years working closely with council planners and residents in drawing up the plans. The developers commented the design approach had received the support of the Coastal Design Review Panel and would “stand the test of time”.

The 162 affordable homes, which meets quotas in the Adur Local Plan, includes 122 homes for shared ownership and 40 for affordable rent.

Southern Housing Group said it would agree to a council request to provide more affordable rented apartments in the development in the future, if it was proved to be financially viable.

In addition to the riverside pedestrian and cycle route, the developers will create mooring platforms and an observation platform at the end of Humphrey's Gap.

Flood defences lasting more than 100 years will also be provided at the former Minelco site.

Councillors recognised the location of the site near to the town centre and railway station meant that the provision of 512 car parking spaces (438 for residents) was enough given the developers' pledge to encourage residents to use sustainable transport. Space for 596 bicycles will also be provided.

A detailed travel plan, which will deter future residents from owning cars, and £138,000 of Section 106 payments will go towards limiting the impact of air pollution.

Southern Housing Group said 224 jobs will be created in the construction phase with the council securing a commitment to use local labour force and employ apprenticeships where possible. Up to 170 further jobs will be provided once the development is complete.

“The regeneration of the Shoreham Harbour arm has been a long held ambition of the council and I'm pleased that the committee has taken this first step in developing this former industrial area.”

“As well as providing some much needed affordable housing for local residents on a derelict brownfield site, half of the area will be turned into high-quality public space - something that will enhance Shoreham's growing reputation as a vibrant coastal town.”