Shoreham Man Jailed For 21 Years For Murder In Lancing

A man found guilty of the murder of a man from Lancing has been jailed for a minimum of 21 years after claims he owed him money for gardening work.

Police found 52 year old Alan Creasey seriously injured at a house in Ingleside Crescent in May, he died the next day in hospital 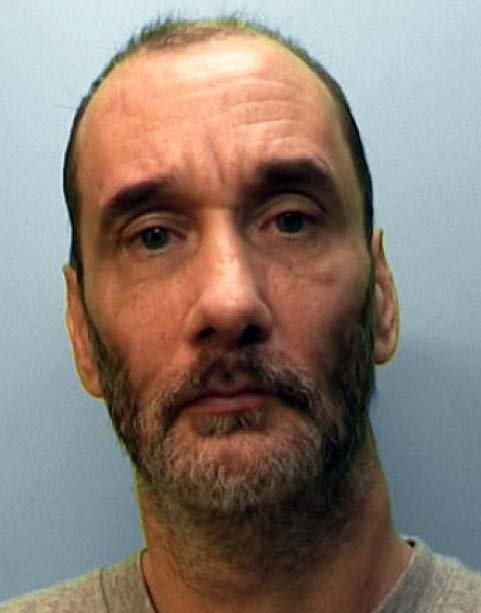 On the evening of Monday 29 May this year, police attended the address of Alan Creasey in Ingleside Crescent, Lancing, where he was discovered seriously injured.

His injuries were consistent with being repeatedly punched and stamped on, and the 52-year-old was taken to Royal Sussex County Hospital in Brighton, where he sadly died the following morning.

Hearsey, 44, unemployed, of Harbour Road, Shoreham, admitted inflicting the injuries, but claimed he acted in self-defence after Mr Creasey threatened him with a paint stripping knife.

Detectives carried out extensive enquiries and were able to piece together Hearsey's movements on the day of the murder. His journey was captured on CCTV camera including the moments he hung his blood-stained jeans in a tree and shadow boxed in the street before he was arrested and taken into custody.

Watch the CCTV footage below.

Following a two-week trial at Lewes Crown Court, Hearsey was found guilty of murder by a majority verdict of 10-2. He was sentenced to a minimum of 21 years' imprisonment on Wednesday (22 November).

The jury heard how police received reports of a drunk and disorderly man on a white mountain bike, matching the description of Hearsey, at three separate premises in Lancing earlier that evening – The Railway pub in North Road, and The Farmers pub and Andreas Kebabs in South Street.

While on route to respond, officers were diverted to a medical emergency, where a man had suffered a cardiac arrest at Lancing Railway Station. They travelled via South Street, where there was no sign of the Hearsey.

20171121-creasey-alan-op-reservoir-victim-pt.jpg
Victim Alan Creasey
While on route to respond, officers were diverted to a medical emergency, where a man had suffered a cardiac arrest at Lancing Railway Station. They travelled via South Street, where there was no sign of the Hearsey.

During this time, at 8.15pm, Mr Creasey dialled 999 and stated that an unknown man, again matching Hearsey’s description, had turned up at his address and demanded £40 for a gardening job he claimed to have previously carried out there.

While one crew stayed to assist with the medical emergency, another crew attended Mr Creasey’s house. He informed them he had sought medical treatment for a pain in his arm which occurred as a result of the altercation.

The officers advised Mr Creasey to lock his doors, and left to respond to the earlier reports at the kebab shop and the two pubs, and to go in search of Hearsey. However, there was still no sign of him.

Following this, officers returned to Mr Creasey’s bungalow at 9.10pm to carry out a welfare check and take a full statement in relation to his earlier call, and discovered the rear patio doors were wide open. He was lying face down on the floor and was unresponsive, and paramedics were called.

Police visited his flat in Shoreham later that evening, but there was no answer. However, they returned shortly before 6am on Tuesday 30 May, at which point he was arrested on suspicion of attempted murder.

While Hearsey was waiting to be booked into custody, Mr Creasey was sadly pronounced dead at 6.34am. Hearsey was subsequently arrested on suspicion of murder.

A forensic examination of Hearsey’s flat was carried out later that day, during which a pair of grey denim jeans were found hanging in a tree outside the property. The jeans were stained with Mr Creasey’s blood.

While at the scene, officers were approached by a man who lives at a neighbouring flat, who said he believed Hearsey’s bike was at his property.

Officers attended the flat and spoke with the two occupants. One of them explained he had seen Hearsey on his bike at about 9.30pm on Monday 29 May. He said Hearsey claimed he had been involved in a “punch up”.

Hearsey took his bike into the hallway and he was offered a clean pair of jeans by his neighbour, which he declined.

This map shows the key locations where Hearsey was caught on CCTV on the day of the murder.

As officers had visited Mr Creasey earlier in the evening, the incident was referred to the Independent Police Complaints Commission, which referred it back to Sussex Police for local investigation.

“While Hearsey may not have set out that day with the intention of killing Mr Creasey, it is undeniable that the brutal injuries he inflicted led to his death. He now faces the consequences of his actions.

“Hearsey claims he acted in self-defence, however the relentlessness of his attack suggests otherwise; Mr Creasey sustained multiple injuries which were consistent with being repeatedly kicked or stamped on.

“It is tragically unfortunate that we were unable to trace Hearsey before he killed his victim, however we cannot be certain that we would have caught him had we responded immediately to the earlier reports of disturbance in the town.

“Our officers’ attention was diverted to a medical emergency, which was considered a higher priority given the circumstances and information made available to us at the time.

“Hearsey denied murdering Mr Creasey throughout, however he was found guilty following a majority verdict from the jury and justice has been served. What happened to Mr Creasey was tragic, and our thoughts remain with his family and friends.”

Following the trial, Detective Constable Scott Elmer was awarded a judge’s commendation for his meticulous preparation of the case and his presentation of evidence at court.

Ukraine war: G7 leaders under pressure to stand together and not buckle in face of Putin's aggression

Jack Leach: Mark Butcher on how England spinner has turned from 'last resort' to 'major part'