Network Rail have announced major works to extend 12 platforms on it's Uckfield to London Bridge line to take longer trains and ease overcrowding.

Eight platforms on the line will more than double in length with work expected to take eight months from November 2015 til July 2016.

Network Rail Project Manager, Craig Melhuish, said: "By extending the platforms we will be able to run longer trains that will reduce congestion and improve the daily commute for thousands of people."

The aim is to increase passenger capacity by 50%.

Uckfield will be worst affected by the disruption being at the end of the line.

Network Rail are holding a series of drop-in sessions to explain their plans to commuters. 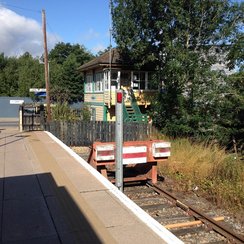 Earlier this year the government announced it will provide £100,000 for a further study into reopening the Lewes to Uckfield rail line which closed in 1969.