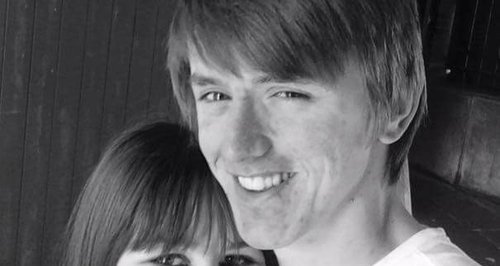 Two teenagers have been convicted of murder and five others of manslaughter after they killed a 'hero' in a cowardly street attack.

Shane Tunney, 24, died in hospital from his injuries four weeks after he was beaten by a ``pack'' in Norton, Teesside, last June.

His friend Anthony Kirk was also struck with a metal bar when they were set on by youths who had thrown food at them from the roof of a Tesco.

Mr Tunney had managed to flag down a taxi but went back to help his friend during the attack, which police said they had done nothing to provoke.

After more than 30 hours' deliberation, a jury at Teesside Crown Court found Kearan Terry Davis, 18, guilty of murder and a further charge of attempting to cause grievous bodily harm.

Daniel Josh Hunt 18, Jake Douglas, 18, a 16-year-old and a 17-year-old were cleared of murder and found guilty of manslaughter and assault occasioning actual bodily harm.

Brandon Pitt, 18, was cleared of murder but found guilty of manslaughter and attempted grievous bodily harm with intent.

They will be sentenced next month.

'His actions no doubt saved his friend Anthony, who was also injured in the attack, from further harm.

'On that evening, Shane was a hero and he should be remembered as just that.

'Those responsible acted in a pack, carefully co-ordinating their attack on Shane and Anthony.

'They were viciously assaulted with a metal bar for no reason. The victims were simply going to pick up food and did not ask for a fight.''

'As much as we feel that justice has been done for Shane, we will not be celebrating, and that is because for us there are no winners, as we have still lost Shane in a cruel attack.

'It just helps give us peace of mind that the streets of Norton are that little bit safer and hopefully no family will have to go through the torment that we have.''

'He was one of the most kind-hearted, selfless people you could ever meet, he was a blessing within our lives and to anyone that knew him and he will never be replaced.''

'Shane Tunney sustained devastating injuries as a result of a savage and unprovoked assault, one in which each of those convicted today played a part.

'Throughout this trial the defendants have consistently tried to minimise their guilt, play down their involvement and blame each other for the injuries that ultimately led to Mr Tunney's tragic death.'