Olympic Torch in Oxford and Abingdon 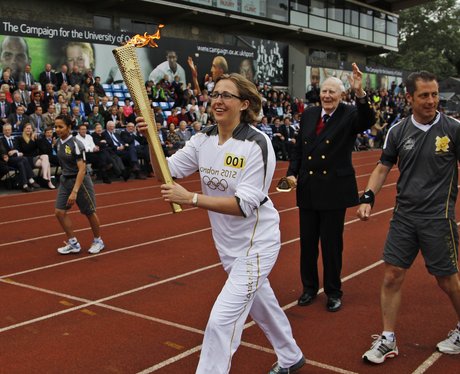 4. Olympic Torch in Oxford and Abingdon

Oxford University doctoral student Nicola Byrom carries the Olympic Flame after it was passed from Sir Roger Bannister, 2nd right waving, on the running track at Iffley Road Stadium in Oxford, England, Tuesday July 10, 2012. Bannister was the first person ever to run a sub four-minute-mile, on May 6, 1954, at this track in Oxford. Bannister returned to the site of his greatest sporting achievement, to participate in the Olympic Torch relay as the Olympic flame is carried around the country to the opening ceremony of the 2012 London Olympic Games. (AP Photo/Lefteris Pitarakis)