Thames Valley Police is continuing to appeal for witnesses following multi-vehicle collisions on the A40, Witney, on Wednesday (28/12).

TVP was called at about 8.25am following reports of several collisions involving multiple vehicles on the eastbound carriageway.

A 56-year-old woman, who had been travelling in one of the vehicles involved in a collision, left her vehicle and was subsequently struck by another vehicle. She was taken to the John Radcliffe Hospital with serious injuries where she remains in a critical condition.

A white Peugeot was involved in a collision with a heavy goods vehicle between the B4477 and the A415 Witney. A 54-year-old woman from Gloucester, who was a passenger in the Peugeot, died at the scene. Her family has been informed and relatives are being supported by specially trained family liaison officers.

A number of people also sustained minor injuries and were taken to local hospitals, from where they have since been discharged.

The road was closed while officers and the other emergency services attended and re-opened later in the day. 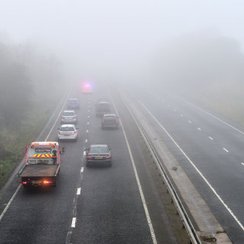 “If anyone has any information about the collisions and has not already spoken to police, I would ask them to call 101 with any details.”

Anyone with any information which could assist the investigation should call Det Sgt Gavin Collier from the Serious Collision Investigation Unit, based in Bicester, via the 24-hour Thames Valley Police enquiry centre on 101.