Banbury Couple On Trial Accused Of Being Neo-Nazis

An alleged neo-Nazi frrom Banbury who named her baby Adolf told a convicted racist "all Jews must be put to death", a court has heard.

Jurors were also told Claudia Patatas, 38, together with partner Adam Thomas, 22, gave their child the middle name Adolf, which the prosecution alleged was in honour of infamous Nazi leader Hitler.

Thomas and Patatas, both of Waltham Gardens, Banbury, Oxfordshire, are on trial accused of being members of the "extreme and violent" far-right group National Action.

Thomas is facing a separate charge of having a terrorist document, The Anarchist Cookbook, which contained bomb-making instructions.

On Wednesday, jurors heard about a WhatsApp conversation between Patatas and another man, Darren Fletcher, who the court was told has already admitted being a member of the organisation.

Fletcher, 28, of Kitchen Lane, Wednesfield, Wolverhampton, also had a race hate conviction for dressing as a Ku Klux Klansman and hanging a "golliwog" from a noose while on stage at a white pride event in 2013.

In the conversation, from February 2017, Patatas is alleged to have told him: "And all Jews must be put to death."

The Crown have said the couple were allegedly pictured at home with "vehement Nazi" Fletcher, who was holding a Swastika flag and performing a Hitler-style salute over their baby.

Opening the case on Tuesday, Barnaby Jameson, prosecuting, told jurors all three defendants were alleged members of the group, which was "so extreme and violent" it was banned by the government in December 2016.

He said the case was about a "terror spread by a small cell of fanatics" built on a racist ideology, and warned jurors they would find much of the evidence "upsetting and disturbing".

The barrister added the case would detail the "hate crime committed by National Action members and the ruthlessness with which they were prepared to spread terror".

Mr Jameson said Bogunovic and Thomas had a "particular interest" in owning machetes, and that bomb-making instructions were found on the second man's computer.

The Crown said that following the ban, National Action tried to "shed one skin for another" in order to evade the law.

Continuing his opening on Wednesday, Mr Jameson said that Thomas, Patatas and Bogunovic were part of a successor organisation called the TripleK Mafia, in reference to the Ku Klux Klan.

It is the Crown's case that the group was in effect, still National Action in all but name.

But in one poster produced to market the new identity, and shown to jurors, the group's new name had been misspelled "TrippleK" by hapless member Joel Wilmore - an error he repeated four times.

Mr Jameson said: "When I say this organisation was re-branding itself, I say that literally."

Bogunvoic allegedly had an image on his phone of a press report from March 2017 detailing how the banned group was reforming in secret.

Jurors also heard that Patatas had a photograph of one of National Action's co-founders Benjamin Raymond on her phone, around the same time.

Thomas also had an image of a "burning cross" in his phone.

Mr Jameson said: "Why, members of the jury, did the Mr Thomas have an interest in the burning cross symbol of the KKK?"

Patatas, Thomas and Bogunovic deny any wrongdoing and the trial, expected to last four weeks, continues. 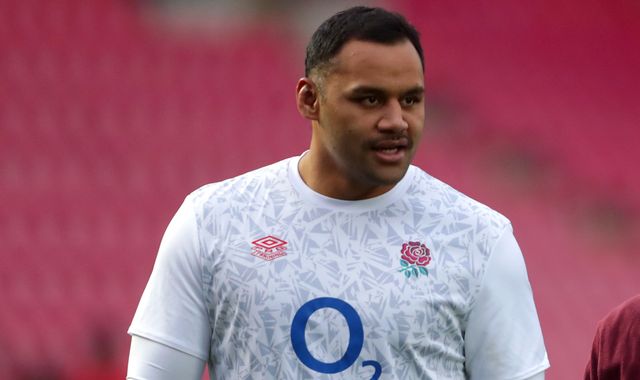