Basingstoke Football club have released a tribute in memory of one of their academy players named as one of the teenagers who died in a crash in Hayes on Friday.

The group were reportedly on their way to a party when they were in collision with a car.

Tributes have also been left at Farnborough Football Club where Harry Rice used to be an academy player.

A 28-year-old man has been arrested, police are still trying to trace another man 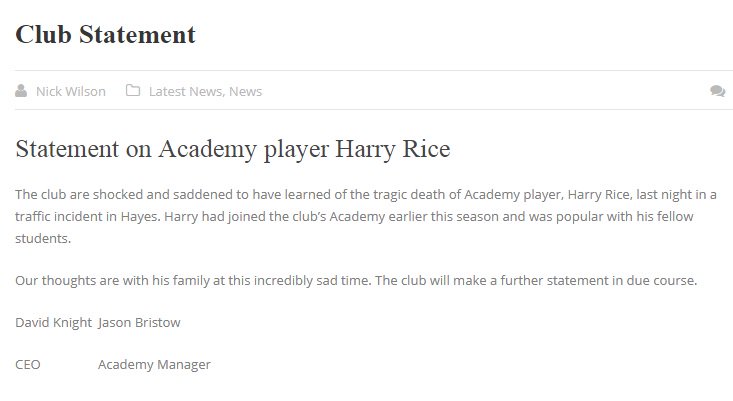