The families of three people murdered in Didcot on Saturday have paid tribute to them.

They've described the deaths of Janet Jordon and her six year old daughter daughter Derin as 'tragic' and 'unimaginable'.

Janet's partner, Philip Howard, was also killed at the house on Vicarage Road - his children called him the best daddy there ever was.

It's as a post-mortem examination confirmed they were stabbed by Janet's son, Jed Allen. A weapon was found close to their bodies.

A report is being prepared and will handed to the coroner’s office in due course so that the inquests can begin.

A body which was later found in Oxford woodland is yet to be formally identified but is thought to be that of 21 year old Jed.

Police are still investigating - to try and find a motive for the killings.

"Our family have experienced a tragedy that is quite frankly unimaginable.

"Janet was a beloved daughter sister and auntie. Dezzy was a breath a fresh air and truly one of a kind.

"For a family to lose someone so young cannot be explained in mere words. We would ask now that we are left alone to grieve.”

“Take care of our sister Dezzy up there daddy,

Take care of Jan too.

We wish you didn't have to go Daddy,

it's our worst nightmare come true.

We are taking care of Tetley Daddy,

You were the best there ever was Daddy.

His older brother added: "Our family are still all in shock and disbelief.

My beloved Bro and Uncle Philip you’ll be missed so much. Until we meet again little Bro" 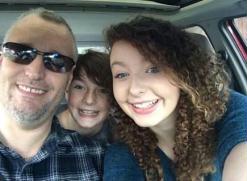