Oxford United Football Club fans have taken to the city centre to cheer on the newly promoted team.

Players are taking part in an open top bus parade, celebrating their promotion to League One.

The bus will make its way through Oxford from Broad Street to Oxford Town Hall. 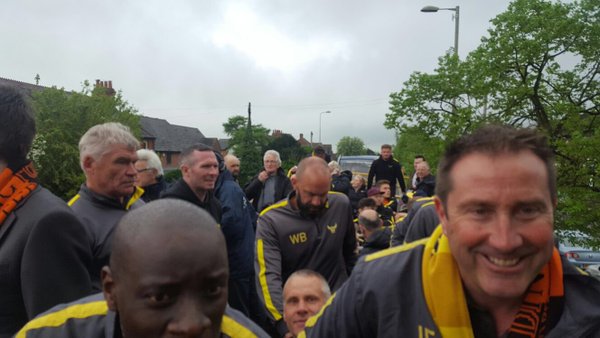 Oxford United were promoted from Sky Bet League Two on Saturday (7/5) after beating Wycombe Wanderers 3-0 at the Kassam Stadium.
This is the first time the club has been at third tier level in English football since 2001.

Darryl Eales, Oxford United chairman, said: "We have had fantastic support from everybody in the city and across Oxfordshire.

"We have had a brilliant season and this is a great opportunity for everyone to celebrate together."

The Lord Mayor of Oxford, Councillor Rae Humberstone, will later congratulate the team during a private civic reception at Oxford Town Hall.

The crowds are big now as we wait for #OUFC on the open top bus. #HeartNews pic.twitter.com/pDO38qjcKf

COVID-19: New variants 'very unlikely to send us back to square one' as UK lockdown eased, says top scientist