Hundreds Turn Out In Reading For 'Hero' Mum's Funeral

Hundreds of mourners paying respects to a young mother, have heard she died a hero, saving the life of her baby.

Lauren Heath, 20, was hit by a lorry on Basingstoke Road, Reading, on 13 April, but managed to push her daughter Millie's pram out of the path of the oncoming vehicle.

The service at St Agnes Church twice brought traffic to a standstill on Northumberland Avenue, and pink and purple balloons lined the miles of road between the church and the crematorium.

Tributes paid during the ceremony were played out on loud speaker for members of the community who came to be part of the service. Many of those who attended did not know Lauren but say they had turned up because they were touched by her story.

Lauren's uncle Kevin Heath gave a speach at the service, saying Lauren "always looked out for others, and did so till [her] last breath". He added she was an angel "put on this earth to save her baby that day".

The Reverend Vernon Orr, who led the service, said Lauren's death had had a profound effect on the community saying "she walked the same streets as us, she's one of us". During the ceremony he said the young mum of 12-month-old Millie died "giving the ultimate expression of love, a mother's love". 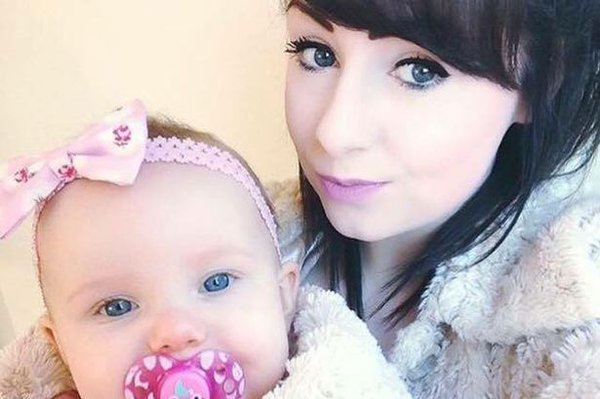